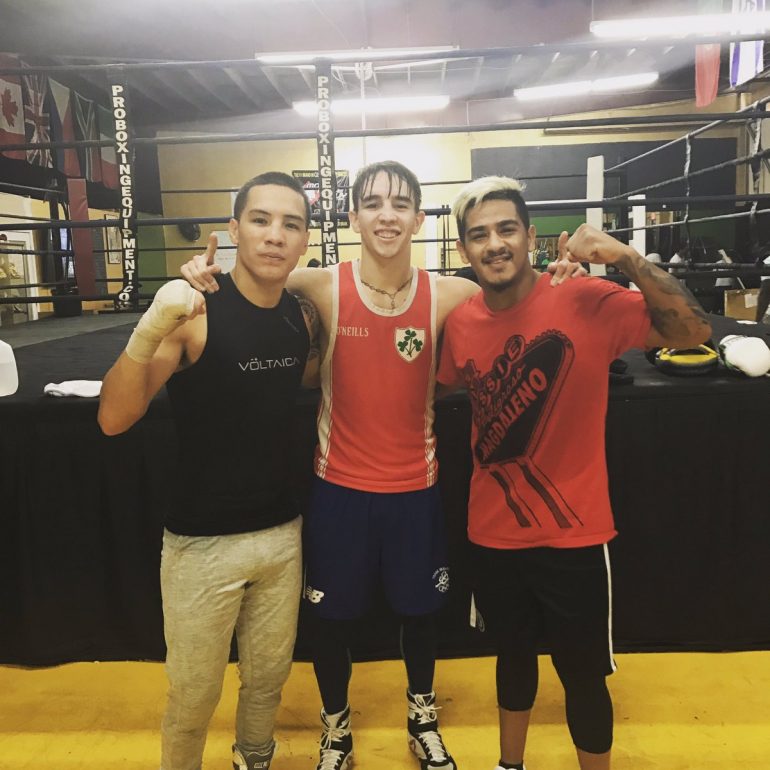 Former Irish Olympian Michael Conlan made plain once again he has no intention of paying the nearly $10,000 fine doled out by AIBA in the wake of his outburst, alleging corruption, following his controversial loss in the Rio Games last summer.

“I just laughed,” Conlan told RingTV.com of the punishment, “because I would never pay the fine, even if it was a dollar or one pound. Not a chance in the world if it was one cent. It was laughable. They’re not going to impose that fine on me.”

Conlan, who makes his pro debut on March 17 in the main event of Madison Square Garden’s Theater on St. Patrick’s Day, also has no plan to compete in the Olympics again, despite pros having the option to fight in the Games. “Never again in my life,” the junior featherweight told Ring. “I’ll probably never watch it again, also, unless the set up with the boxing (is different), if new people are brought in. Other than that, I’ll never even watch. I think they were headed in the right direction (with changes being made) until they tried to fine me. Once they brought the fine up, it seemed like they were going backwards.”

Top Rank, which signed Conlan in September, plans to move him quickly, with perhaps six fights in 2017, one of which will be in his native Ireland, the others mainly on the east coast, such as New York and Boston, according to Top Rank president Todd duBoef. The Las Vegas-based company also intends to feature him on St. Patrick’s Day every year, just as it did with Miguel Cotto’s annual appearance on the eve of the Puerto Rican Day Parade. “This is going to be our weekend,” duBoef told Ring. “We’ve carved it out with the Garden in holding the dates going forward and this will be his home for that March weekend.” Of the different east coast locales for Conlan, he added, “You take him to New York, you take him to Boston, Detroit, you take him to LA. You have to go see these pockets and grow it. You constantly have to circle the globe to create your fan base.”