Daniel Roman: ‘I want to continue to prove myself’ 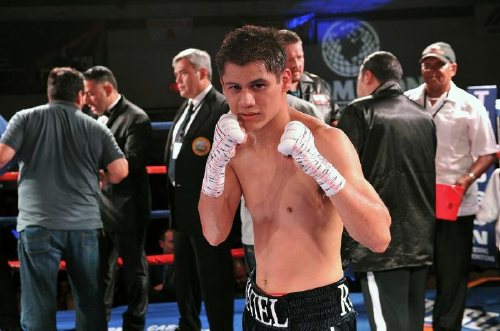 When Daniel Roman was eight years old, he did not understand why he was lacing up a pair of gloves. Rather than play with toys or games, Roman’s father forced him to pick up boxing. As Roman received punches to the head, he began to figure out ways to not get hit and dish out his own punishment.

Rather than be defiant to his father, Roman began to think boxing could be a fun hobby and something he could take seriously.

Roman is glad he stuck with the sport, considering he could be one fight away from an opportunity to fight for a major title. He will face undefeated junior featherweight contender Adam Lopez tonight at the Bally’s Event Center in Atlantic City, New Jersey.

The 12-round world title eliminator will headline a four-bout “ShoBox” broadcast on Showtime, beginning at 10 p.m. ET/ 7 p.m. PT.

Roman (21-2-1, 7 knockouts) put himself in a position to face Lopez by winning his last 13 bouts straight, over a span of three years. He was victorious in his most recent bout on Nov. 18, a one-sided, eight-round decision over Marlon Olea of Colombia.

If Roman is full of nerves entering his fight tonight against Lopez, he is not admitting it.

“I know it’s a world title eliminator,” Roman told RingTV earlier in the week, “but this is a regular fight for me. Lopez is a great fighter. He’s a tough opponent who has paid his dues. He comes forward and is a good boxer. I feel confident that he will not beat me.”

Despite Roman having more fights on his record, the quality of opposition may lie with Lopez. Roman has faced a few recognizable fighters in former fringe contender Christopher Martin and former world title challenger Christian Esquivel, both whom Roman beat decisively.

Roman’s confidence has grown due to the number of fights he has had and working to improve as a fighter.

“Coach Eddie (Rodriguez) has helped me out a lot.” said Roman, who resides in the Los Angeles suburb of Garden Grove. “We work on basics to improve. After every fight, we identify any mistakes we need to improve on.”

A victory puts Roman, who is promoted by Thompson Boxing Promotions, one step closer to a world title shot. It is a far cry from the days when he was eight years old and participating in a sport, in which he was not sure he wanted to compete in the first place.

After the recent success he has enjoyed, he is glad his father took that initiative.

“I was forced into boxing but, after a while, I started liking it. The harder you train, you see results. The hard work I had to do (after two early career losses) eventually paid off.

“I love boxing and I want to continue to prove myself. I know I’m a good fighter.”

Francisco A. Salazar has written for RingTV since October of 2013 and has covered boxing in Southern California and abroad since 2000. He also covers boxing for the Ventura County (California) Star newspaper, BoxingScene.com and Knockout Nation. He can be reached by email at [email protected] or on Twitter at FSalazarBoxing.