James Gordon Smith is bringing positivity back to Detroit 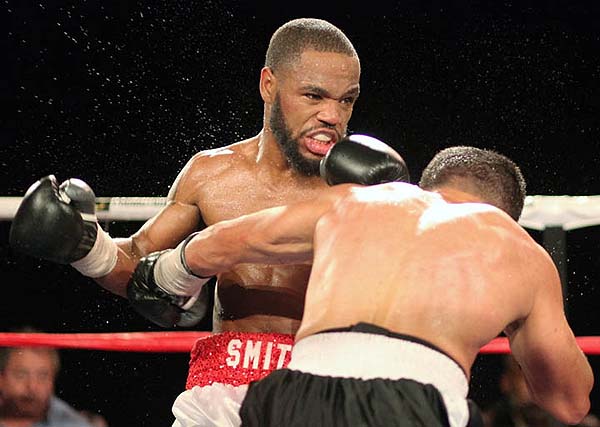 Boxing is the sport for the other ones, those not born with silver or even bronze spoons in their mouths.

Boxing is a route to self-worth and dignity and even prosperity for people perhaps not having a studying brain, for whom school is more a sentence than a route to upward mobility.

Not everyone is headed to an ivy-covered campus and wants to run up a bill of $50,000 a year to learn and then get out and try to get a job to pay back school loans.

I mean, c’mon, robots are going to be taking over half the damn jobs anyway, within 25 years.

Boxing gets a bad wrap, James “Red” Gordon Smith tells me, because – hello – it is a violent sport.

“Boxing gets a lot of bad attention because it is a violent sport,” said Smith during a Thursday phoner, “but a lot of kids in the city can’t afford to play basketball or football. But boxing is so cheap; all you need is pair of shorts. When I started the gym, dues were seven bucks a year.”

Smith has been a mainstay in the two years Salita has been running shows in Detroit. “I’m the co-main event. I’m fighting a guy from Hungary. I watched him fight a few times; he’s pretty good. Good solid foundation, good skills, good jab, overall good fight for me. The 118-pound division is very action-packed, very entertaining.”

The Dearborn resident, newly engaged to Lina Kurylyuk, trains at Superbad Fitness in Detroit with Keith Jackson and Theotrice “Third” Chambers. She is an ex-fighter, who retired when she got pregnant. Their daughter Lila is one and Red has two sons as well. He boxes full time and tells me he thinks, if he keeps progressing, he can fight for a title in a year or so.

(For the record, a coach at Smith’s first gym tagged him with the nickname “Red,” even though he doesn’t have red hair. So he has no idea why he’s nicknamed Red but it stuck, so there you are.)

Junior Wright meets Damon McCreary in a heavyweight tussle as the headliner at the Masonic Temple in downtown Detroit. “I love fighting there,” Smith said, “as it’s so small. All seats are good seats; the placement of the ring, you can see everything. I try to bring as many fans as possible, at least a hundred, maybe 150.

He wants to keep advancing and, when his ship comes in, he wants to usher it to Detroit. “(Boxing) in Detroit is very important. It will be uplifting to the city and will be great, so kids know they can do something positive. People don’t always have to be negative. It will be uplifting for the youth and community. I like having kids in the gym look up to you, talk about boxing, how it was. It’s beautiful also to have kids of my own look up to their dad as a professional athlete!”

The boxer sees boxing as a route to personal enrichment, for sure. “There are gyms everywhere here, not as many as there used to be. They closed a lot of rec centers but still there are gyms everywhere. The one I’m at, the kids see Tony Harrison, who is ready to fight for a title. (Harrison is the No. 2 contender for Jermall Charlo’s IBF junior middleweight title.) And we did a food drive; we have after school and tutoring programs…We’re trying to help the community!”

Salita is appreciative of what Smith has been bringing to the table and this will be his fourth showing at the Temple. “James is a very exciting, talented prospect,” Salita said. “He wants to win in an exciting way and has the style to bring real excitement to the bantamweight division. Detroit has some of the best fighters in the country. Through the consistency of the Detroit Brawl series, fighters like James, from Detroit, get to develop and progress to bigger fights on premium networks. I feel like, in the next 12 months, we will see several talented fighters from Detroit competing on a big stage and eventually fighting for and winning the world titles. Detroit is known as ‘America’s Greatest Comeback City.’ I believe we will see champions and top contenders coming up from this great boxing city.”

Smith appreciates the promoter and the commitment he’s made in Detroit just as much. “Salita is doing great; he came to Detroit and took over. I love him. He helped me so much. He will always have a place in my house; he helped me so much.”

I ask Smith for a prediction: “I’m just looking to have a very exciting fight. A knockout would be great…but, to be impressive, to be exciting, make the fans want to see you – and see you again – that’s what it’s about.”

My take: Boxing is a net-plus. It lifts up far more people not born into a glide path to prosperity or on a regular route to success than given credit for. Smith is one and it can’t be overstated how his success breeds success, as little ones look up to a solid citizen working hard to achieve a goal. Feel free to support that and share that element of the sport to friends and neighbors.