2016 Ring Awards: Finalists for Fight of the Year 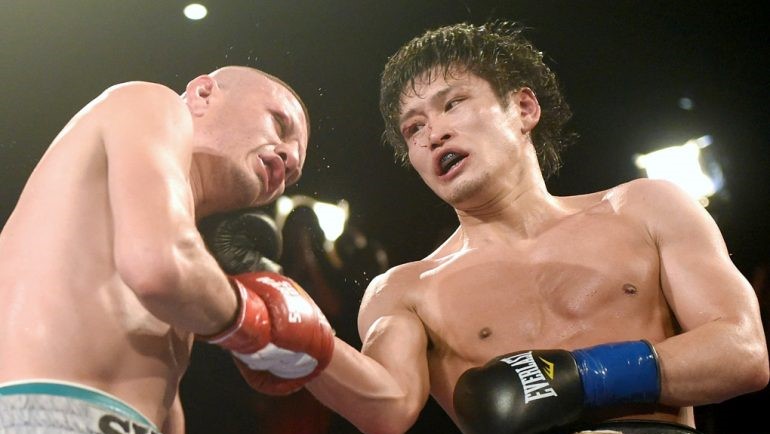 Leading up to the announcement, we will give you the five finalists in one category each day. Day 9: Fight of the Year.

JAMIE CONLAN KO 8 ANTHONY NELSON Nelson went down in the first round and a more squeamish referee could’ve ended this fight as early as the second with the Englishman getting blistered on the ropes. In the third it was Conlan who hit the deck, though, and the next five rounds were give and take until a hook just below Nelson’s rib cage ended his night.

FRANCISCO VARGAS D 12 ORLANDO SALIDO The fight is impossible to describe briefly in terms of momentum because it changed direction so many times. The feeling-out period was over after about 90 seconds and from there it was a 12-chapter story with each round crazier than the one before it. Vargas and Salido put on a fight for the ages and a draw has never been more appropriate.

ROMAN GONZALEZ UD 12 CARLOS CUADRAS Gonzalez didn’t bother with a test drive in his first fight at 115 pounds, aiming instead for a top-rated titleholder, and Cuadras didn’t waste any energy on admiring “Chocolatito’s” pound-for-pound crown. Instead, we saw the best fighter in the world challenged by a worthy opponent in an all-action display of skill and will.

JESUS SOTO KARASS D 10 YOSHIHIRO KAMEGAI Tickets for this “LA Fight Club” main event were snapped up as soon as they went on sale by those who knew it would be a war. They were wise. Kamegai and Soto Karass threw everything they had at each other for 10 breathless rounds.

DILLIAN WHYTE SD 12 DERECK CHISORA Anyone pining for an exciting heavyweight battle from the past two decades should seek out this anomaly right now. Whyte and Chisora fought to the brink of collapse in an all-out firefight the likes of which hasn’t been seen in the glamour division for years.

Look out for the 2016 Fighter of the Year finalists which will be revealed tomorrow.