2016 Ring Awards: Finalists for Knockout of the Year 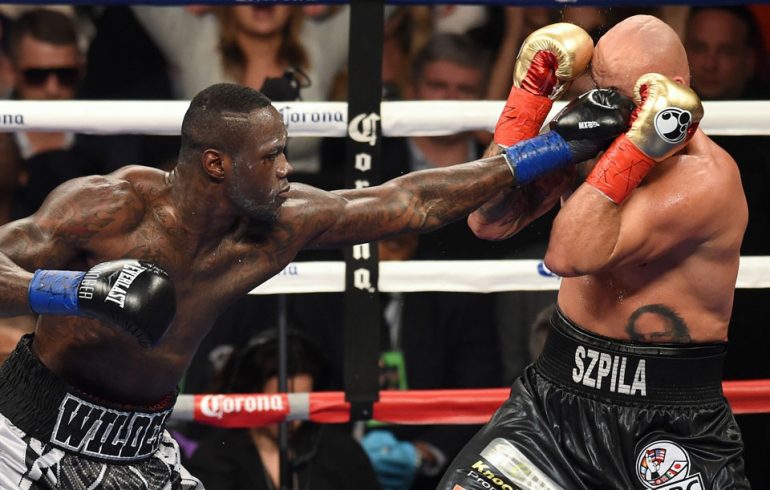 Photo by: Naoki Fukuda
14
Jan
by The Ring

Leading up to the announcement, we will give you the five finalists in one category each day. Day 8: Knockout of the Year.

CANELO ALVAREZ KO 6 AMIR KHAN One could fairly describe the Canelo Alvarez-Amir Khan matchup as a once-punch KO waiting to happen given Canelo’s size advantage – as well as his punching power – and Khan’s notoriously weak chin. Khan was competitive early but Canelo was closing the gap and ended the night with a sensational right hand bomb. Goodnight, sweet prince.

JOE SMITH JR. KO 1 ANDRZEJ FONFARA Fonfara probably wasn’t much more familiar with Smith than the rest of us were beforehand. Afterward, we all had learned at least one thing: Smith punches hard. Fonfara was fighting aggressively – perhaps recklessly – when Smith put him on his pants with a hard right. Fonfara got up, went down again, and that was that.

JOE SMITH JR. KO 8 BERNARD HOPKINS It was that kind of year for Smith. The new light heavyweight on the block, only six months removed from the Fonfara KO, ruined the then-51-year-old Hopkins’ goodbye party by punching him through the ropes and onto the arena floor, which is where the future Hall of Famer’s career ended. It was a strange night.

DEONTAY WILDER KO 9 ARTUR SZPILKA They say that any heavyweight can knock out any opponent with the right punch. And when that heavyweight is Wilder … well, it can be very brutal. Szpilka was moving forward and in the process of throwing a left but Wilder beat him to the punch, landing a chopping right. Lights out – instantly.

THOMAS WILLIAMS KO 2 EDWIN RODRIGUEZ The Williams-Rodriguez fight was so violent that it could’ve ended only one way. The fighters took turns hurting one another with wild shots in a frenetically paced fight when Williams decided enough was enough. He landed a right, followed by a wicked left hook that sent Rodriguez crashing to the canvas. Rodriguez got up but was in no shape to continue.

Look out for the finalists of our 2016 Fight of the Year tomorrow.