Amanda Serrano nearly retired from boxing to take up MMA 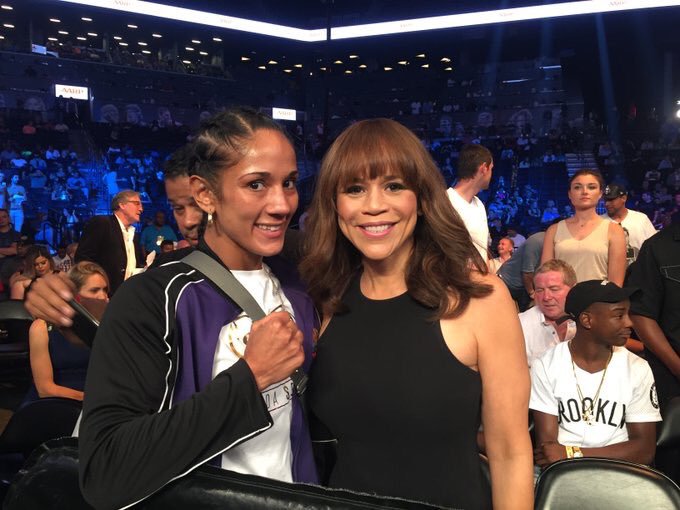 Amanda Serrano, a junior featherweight titleholder, nearly retired from boxing in the summer of 2016 to pursue richer purses in mixed martial arts before she was green-lit to appear on Showtime, Serrano told RingTV.com on Thursday.

Serrano (30-1-1, 23 knockouts) is now scheduled to face Yazmin Rivas on Jan. 14 at Barclays Center in the first women’s bout to appear on national television in nearly a decade. The bout will air on Showtime Extreme on the undercard of the super middleweight unification match between James DeGale and Badou Jack for THE RING/IBF/WBC titles. Highlights of her July bout — a first-round blowout of Calixta Silgado in Brooklyn — were also shown on Showtime Extreme. But it was almost not to be. If those opportunities hadn’t come along, she might have been fighting in a cage instead of a ring, she admitted.

“Early last year, I thought about it,” Serrano said following a public workout in Manhatan that included a heated sparring session with her sister Cindy, a professional fighter who holds a featherweight title. “I started doing a lot of kicks, I started training for it because there was no change in female boxing. But now that I got this opportunity to fight for Showtime, the first time I could fight at the Barclays Center and they could showcase my highlights on Showtime Extreme, now I started seeing a change. So,I said, ‘Let me stick it out for a little while.’ I said by the end of this year (2016) if nothing happens, then definitely nothing will ever happen for female boxing. I love boxing; it’s my love but I have to pay my bills and now they’re giving some recognition to the women, so why not (stick with it?).”