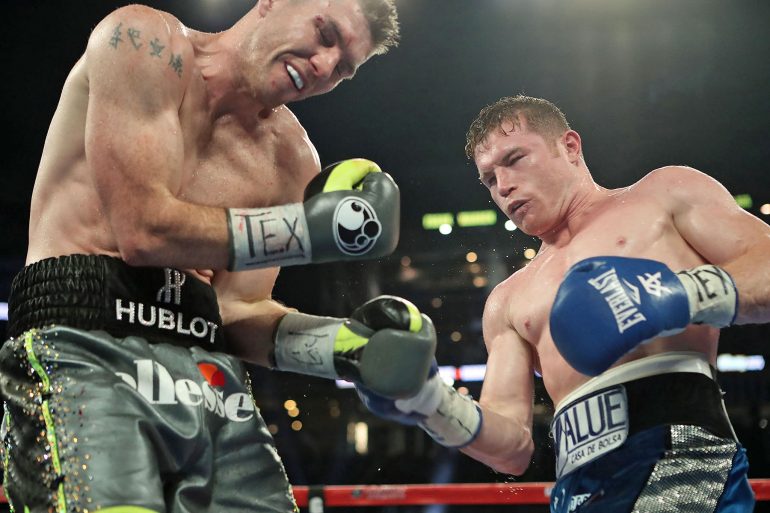 Roc Nation decided to tap the Texas market for Miguel Cotto’s fight on Feb. 25 against James Kirkland on HBO PPV after seeing what Canelo Alvarez did on Sept. 17 in Arlington, Texas against little-known Liam Smith, Roc Nation exec Michael Yormark acknowledged on Wednesday.

Alvarez drew an announced crowd of 51,420 to the home of the Dallas Cowboys. Cotto will face Kirkland at the Cowboys practice facility at the Ford Center at The Star in Frisco, Texas, which seats up to 12,000. “Here’s a great opportunity to open up a new building,” Yormark told RingTV.com. “To partner with the Cowboys. To have the power of (Cowboys owner) Jerry Jones. And when we saw what they did for the Canelo fight, they’ve got a huge data base. They’ve got a huge Latin following and we thought it would be the perfect partnership. And it’s off to a great start.”

Yormark was in attendance for Canelo’s fight since Roc Nation light heavyweight champion Andre Ward had a media event that weekend in Arlington. The supportive fans opened his eyes as to what Cotto could possibly do, albeit at a smaller venue. “I think it did,” Yormark acknowledged of making him aware of the market. “I felt the buzz. I said, ‘If we could ever do a fight down here, whether it’s in the new building or AT&T Stadium, it would be a good opportunity for us.’ And the timing was just right.”

Yormark said tickets sales have been brisk for Cotto-Kirkland with “over 50% to capacity right now.” There will be advertising signage for the fight during the Cowboys playoff run, he said. The main stadium, where the Cowboys play their home games, was never a real consideration, Yormark said because of the overall quality of the match-up with Kirkland not a big enough star to warrant AT&T Stadium. “It didn’t make sense,” he said. “I don’t think it’s that type of event. The Star is the better venue for this fight.”