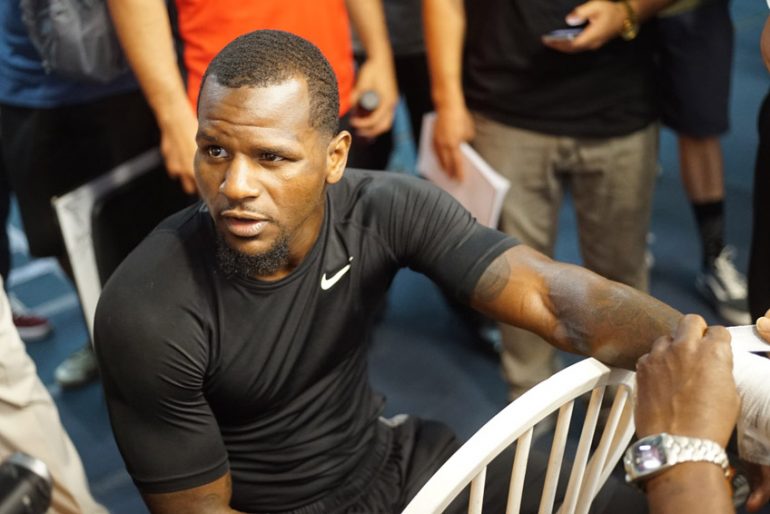 Hank Lundy returned to the win column Friday night, winning a 12-round unanimous decision over John Delperdang at the B.O.O.M Fitness Center in Cincinnati, Ohio.

Lundy improves to 27-6-1, with 13 knockouts. The hard-hitting Delperdang, who resides in the Los Angeles suburb of Ontario, falls to 10-2, 9 KOs.

It was Lundy’s first fight since losing to 140-pound world champ Terence Crawford on Feb. 27. Weeks after the knockout loss to Crawford, Lundy had surgery to repair a torn ACL in his knee.

Lundy, who is promoted by Jimmy Burchfield, utilized his experience against Delperdang, outboxing his opponent or countering to the head and body.

“It was a good fight,” Lundy posted on his Twitter account after the fight. “John Delperdang is a tough fighter. It felt good to be back in the ring after 10 months.”