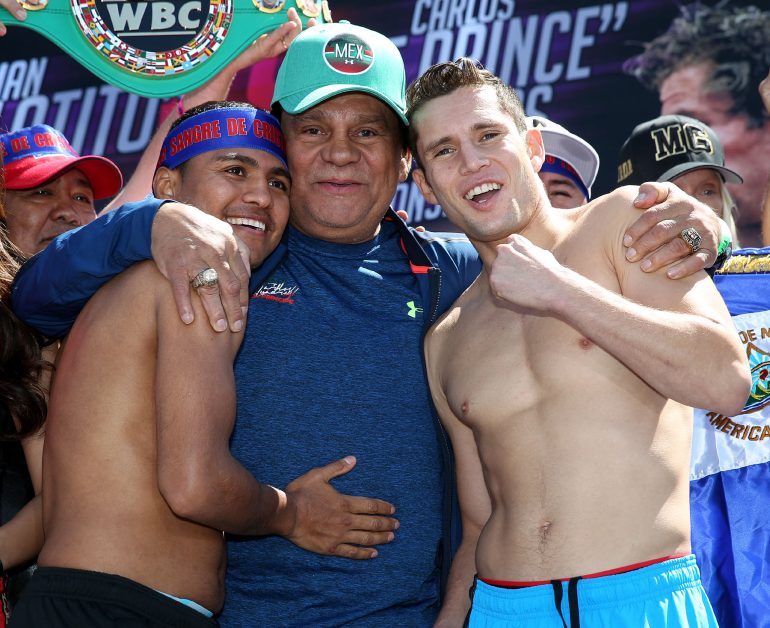 Promoter Tom Loeffler remains hopeful that Roman (Chocolatito) Gonzalez and Carlos Cuadras will stop their bickering and come to terms for a rematch on March 18 at Madison Square Garden despite grumbling from both fighters on what they stand to pocket for a second fight. Gonzalez-Cuadras is being eyed as the co-feature to Gennady Golovkin’s middleweight championship against mandatory Danny Jacobs on March 18 on HBO PPV for Golovkin’s WBA/IBF/WBC titles.

“I think that would be the optimum fight, to do the rematch because there was so much interest in the first fight,” Loeffler told RingTV.com on Wednesday. “And it was such a competitive and close match that fans want to see a rematch. If there’s a way to get it done — that would be the first goal. But again, there’s nothing confirmed with (Gonzalez co-promoter) Mr. Honda or with Chocolatito, so we’re seeing what can be worked out for him to be on the show.” He added, “We’re looking at Chocolatito to be the co-feature and then we’ll try to round out the rest of the show.”

Golovkin and Jacobs are set to start a media tour for their fight on Jan. 10 in New York, followed by a stop in Los Angeles. From a promotional standpoint, the sooner the co-feature is announced the better. “For me, as soon as we can finalize the fight and then announce it — it just adds to the strength of the show,” Loeffler said.

Gonzalez (46-0, 38 knockouts) won a very competitive unanimous decision against Cuadras on Sept. 10, wresting away Cuadras’ 115-pound title to capture a championship in a fourth weight division. The WBC announced at its convention earlier this month that it would hold off on ordering Gonzalez’s mandatory so that a rematch with Cuadras (35-1-1, 27 KOs) can be staged in March. Since then, reports have surfaced with Gonzalez saying he won’t be pressured into facing Cuadras for short money and Cuadras suggesting that Gonzalez may be nervous to face him again.