A lump of coal to go with an excellent Christmas gift 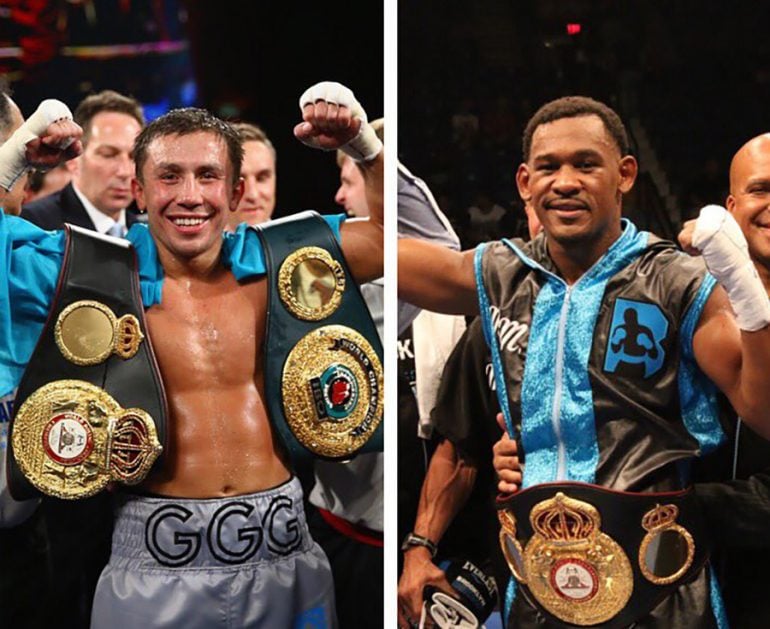 Tis the season to be jolly, fight fans.

But before we get to the Christmas gift that boxing fans could celebrate, we had to endure a lump of coal in our stocking.

Let’s start with that steaming lump of coal, shall we? 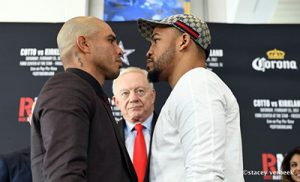 On Feb. 25, Miguel Cotto (40-5, 33 knockouts) will return to the ring for the first time since losing a decision to Canelo Alvarez in November 2015. His opponent will be none other than James Kirkland (32-2, 28 KOs), who also lost to Canelo in his last fight. Albeit a far more brutal set of circumstances came with that loss, as Kirkland was knocked silly in the third round of their May 2015 affair.

It’s nothing new for two fighters coming off losses to face one another. But the fact that this fight is going to be on pay per view is preposterous.

Thanks, boxing. You guys sure know how to treat your fans right.

Neither Cotto nor Kirkland fought in 2016. It’s the first time in Cotto’s career that he hasn’t fought for an entire calendar year. And it doesn’t help that he lost to Alvarez. But to face Kirkland, who has done absolutely nothing to earn this fight, and ask fight fans to cough up their hard-earned cash is an insult to their intelligence. Granted, it could be a decent fight, as Kirkland doesn’t put on anything less than balls-to-the-wall action. However, there are fights that boxing fans will be getting for free that are much better than this.

As for Cotto, his star is fading at the age of 36. But Roc Nation still owns him a hefty amount of money so the only way they can comply is to make this a pay-per-view fight. They’ll lose either way, but the hope is that enough people will impulse buy to soften the blow. Doubtful, but it’s worth a shot. Right? 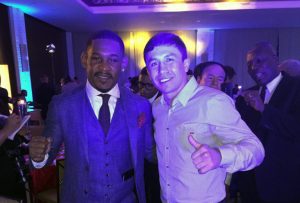 But as long as you’re able to turn the other cheek on this slap in the face of a fight, you’ll be glad to know that there is a pay-per-view event that is actually worth the money as a highly anticipated showdown between Gennady Golovkin (36-0, 33 KOs) and Daniel Jacobs (32-1, 29 KOs) has been signed, sealed and delivered for March 18 at Madison Square Garden in New York.

Golovkin-Jacobs is a matchup some thought wouldn’t come together and boxing fans should rejoice over what could potentially be an excellent fight between two of the best middleweights in the world. One could also argue that this might be a better fight than the prospective high-level showdown between GGG and Canelo. You have a pair of true middleweights who have combined for a whopping 35 consecutive knockouts. And for those who have been clamoring to see GGG face high-level competition, you got your wish. Jacobs is the best middleweight out there and presents the stiffest challenge for Golovkin to date. It’s the perfect table setter for a September Canelo-GGG fight.

This fight is also a pay-per-view showdown but the stakes are much higher than Cotto-Kirkland. With GGG recognized as one of the best fighters in the world and Jacobs on a roll, the fight is worth every penny.

Boxing fans have a lot to look forward to in 2017. From Keith Thurman vs. Danny Garcia and the rematch between Leo Santa Cruz and Carl Frampton to the recently announced heavyweight showdown between Anthony Joshua and former champ Wladimir Klitschko, maybe the talk of boxing being on life support can be squashed.

Obviously, the biggest fight in boxing is the one between Canelo and GGG, so hopefully we’ll finally get to see it in September.

But even if we don’t, 2017 is shaping up to be a great year for the sport. Just know that we’ll still have to accept a few lumps of coal before we get the best gifts under the tree.