Murat Gassiev: ‘I want to move up to heavyweight’ 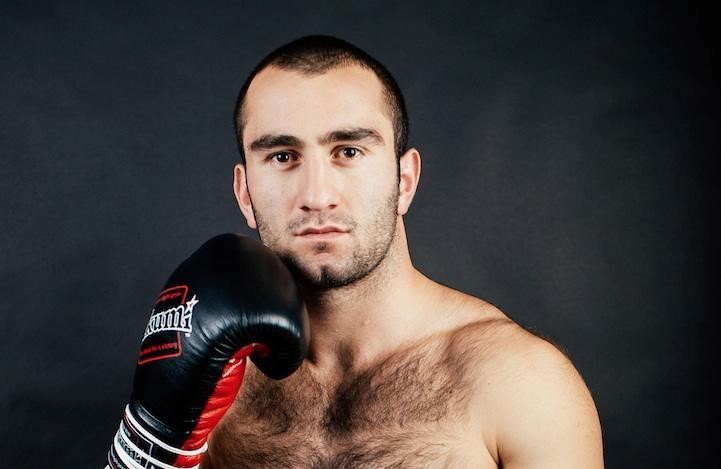 In early December, then-THE RING magazine No. 1 ranked cruiserweight Denis Lebedev put his IBF title on the line against his Russian countryman Murat Gassiev. On paper, it was an intriguing matchup featuring two exciting fighters at opposing ends of their careers. It was still perceived to be a close-to-even bout.

Early in their contest, Lebedev used educated footwork to take the lead. However, Gassiev made a sizable impact in the fifth round, dropping the defending champion with a monstrous body shot. To his credit, Lebedev rose and showed considerable heart to fight on.

Gassiev (24-0, 17 knockouts) is understandably proud of his achievement but isn’t resting on his laurels.

“I was very happy because it is my dream (to become world champion),” Gassiev told RingTV.com. “I start slow in the first couple of rounds because I know his style. I thought he’d be more aggressive. He started using his legs. After more pressure, I knocked him down in round number five. After this knockdown, I felt I had more power and continued working hard.

“After the final bell, I felt tired because it was a tough fight, 12 rounds. But all my team said I won and gave me energy and now I am waiting for new victories.”

The Abel Sanchez-trained fighter says there is still plenty of work to do, going forward.

“For me just being named world champion, I feel good but it’s just a name,” said the 23-year-old, “but I need to work harder because I want to move up to heavyweight division but, right now, I need three belts in the cruiserweight division.”

Unsurprisingly, his victory was met with plenty of adulation in his hometown of Vladikavkaz, in the south of Russia, close to the Georgian boarder.

“My people and my city are very happy because I am the first guy to win a world title from there,” he said. “For everybody, it is like a big present and I’m very happy.”

His promoter Leon Margules, the president of Warriors Boxing Promotions, is very pleased with what his fighter displayed against Lebedev and expects him to make similar future statements and appear on U.S. TV in the coming months and years.

“As a very young world champion, we believe that Murat, who gets better every day, can become a superstar,” explained the promoter. “He has the work ethic, size and power to be a champion for a long time. He reminds me a little of Rocky Marciano because of his fighting style and tremendous body attack.

“He was on (Premier Boxing Champions) telecasts in 2015 and 2016 and there is no reason he will not be on PBC telecasts in the future.”