Wilder in advanced talks to face Wawrzyk on Feb. 25 on Fox 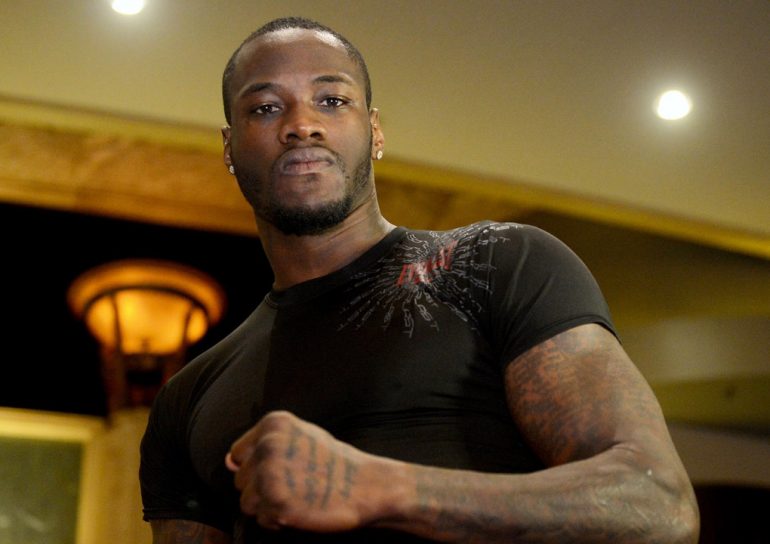 Deontay Wilder is in advanced discussions to face Polish heavyweight Andrzej Wawrzyk on Feb. 25 at Legacy Arena in Birmingham, Alabama in a show headed to Fox, RingTV.com has learned.

Wilder, who holds the WBC heavyweight title, and the 6-5 Wawrzyk are in the process of finalizing a deal, according to Wilder’s manager/trainer Jay Deas. Wilder (37-0, 36 knockouts) is back in the gym with no physical restrictions after he had two surgeries on his right biceps and hand following his bout with Chris Arreola in July, according to Deas.

“We’re hoping to get things finalized and be official shortly,” Deas told RingTV.com on Tuesday. “I think 2017 is going to be a huge year but as you know it’s always one fight at a time. You could look to the Joshua-Klitschko winner. You could look to Joseph Parker. But if you don’t take care of business right in front of you, those possibilities go away.”

Wawrzyk (33-1, 19 KOs) has won six straight by knockout since losing by third-round stoppage to Alexander Povetkin in 2013 in his only title shot. Deas described the 29-year-old as a tall, nimble, highly-skilled boxer who previously fought at Legacy Arena in Birmingham against Mike Sheppard on Wilder’s undercard versus Johann Duhaupas. “Very good skill set,” Deas said. “(But) I don’t think he’s ever been in the ring with anything like Deontay Widler.”

After the bout in February, Wilder plans to chase a unification match against the winner of Anthony Joshua’s IBF title defense against Wladimir Klitschko on April 29 or with newly crowned WBO champion Joseph Parker, Deas said. “Whatever leads to unification is the path we want to take,” he remarked. “I think by the end of 2017 there should be an opportunity for unification.”

Deas was less excited about facing Bermane Stiverne, who could end up being Wilder’s WBC mandatory after Alexander Povetkin failed another drug test and their fight on Saturday was canceled; Wilder won the title from Stiverne in 2015. “I don’t know what the WBC is going to do,” he said. “They may look at the situation and say he is the mandatory or they may say he’s only fought once since January of 2015 and he may need another step to reestablish himself. And then the fact that Deontay dominated that fight, so what’s the sellability of a rematch? So we’ll have to wait and see but our goal is unification.” Deas declined to answer any questions about Povetkin because of pending litigation, he said.