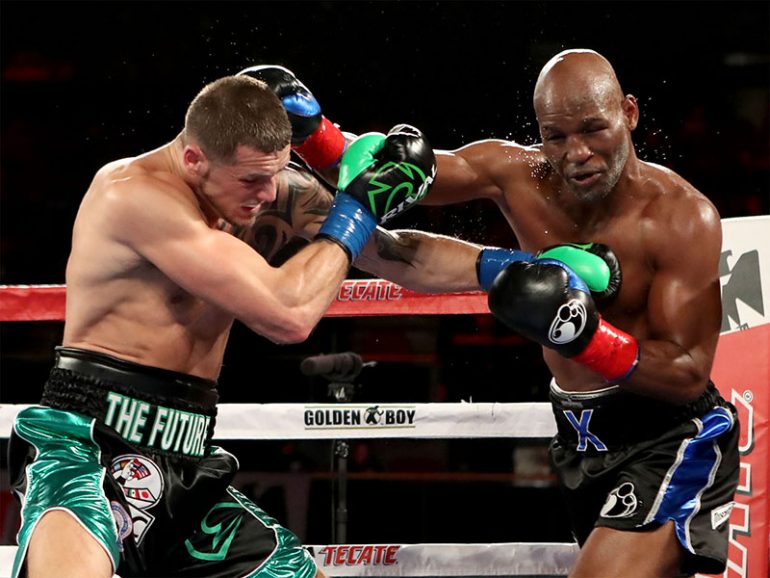 More than a million people tuned in to HBO to see Bernard Hopkins get knocked out in his farewell bout.

The average audience for Hopkins-Joe Smith Jr. was 934,000 viewers for the live telecast on Saturday; the fight peaked at 1,035,000 in the eighth round when Smith sent Hopkins through the ropes to end the fight, according to data from Nielsen Media Research. Hopkins, in his 23rd appearance on HBO, was propelled out of the ring by a punch and landed on his back. He was unable to return to the ring in the 20 seconds permitted. Smith’s upset victory headlined a triple-header at the Forum in Inglewood, California.

The co-feature between rising featherweight contender Joseph Diaz Jr. and Horacio Garcia registered an average viewership of 644,000, peaking at 707,000. The opening bout between cruiserweight titleholder Oleksandr Usyk and Thabiso Mchunu averaged 560,000 viewers and crested at 645,000.