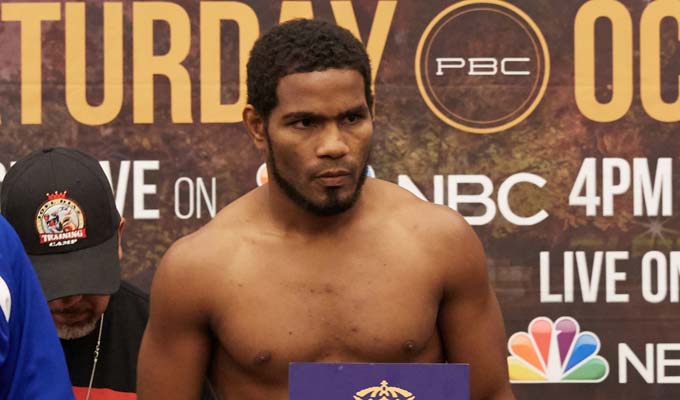 The southpaw Diaz, a gold medalist in the 2008 Olympic Games in Beijing, broke Morales down before the fight was stopped in round seven.

Morales has now lost two of his last three bouts.

The victory was a stay-busy fight for Diaz, who had not fought since his 10-round unanimous decision victory over Sammy Vasquez on July 16.

Diaz’s only blemish on his pro record was a 12-round majority decision loss to Lamont Peterson in October of 2015.

Other fighters from the Dominican Republic saw action and came out victorious Friday night.

Hard-hitting welterweight Carlos Adames (10-0, 9 KOs) knocked out John Renteria (13-4-1, 10 KOs) at 2:04 of the opening round, successfully defending a regional title belt in the process.

In a bout featuring unbeaten junior welterweights from the Dominican Republic, Alberto Puello (10-0, 5 KOs) won a 10-round decision over Kelvin Toribio (14-1-1, 6 KOs).