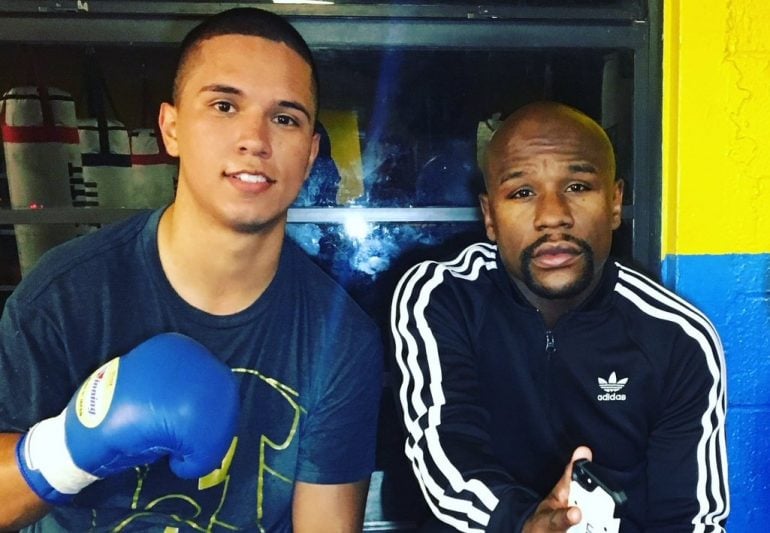 Unbeaten lightweight Saul Rodriguez has signed a promotional contract with Mayweather Promotions, it was announced earlier this week.

The signing comes as no secret as Rodriguez posted numerous photos over the last several months on social media with founder Floyd Mayweather Jr.

Up until this fall, Rodriguez (20-0-1, 15 knockouts) fought under the Top Rank Promotions banner. He is currently ranked No. 8 by the WBO.

“I have worked hard in my career and I have a great team who has helped get me to where I am now,” said Rodriguez. “I am developing as a professional fighter and that comes with making choices to benefit my career. I am excited to join the Mayweather Promotions team. (Signing with them) gives me (the) opportunity to be under the guidance of the best and take my career to new heights.”

“Saul Rodriguez is an exciting prospect, who has already made a name for himself in boxing, “said Leonard Ellerbe, CEO of Mayweather Promotions. “We are in a position to help these up-and-coming boxers get on track to make some moves that will build their careers and challenge them to bring out their best.”

Rodriguez, who resides in the Los Angeles suburb of Riverside, will move forward in his career without famed trainer Robert Garcia. They amicably split in August.

Rodriguez, who has not fought since knocking out Daulis Prescott on May 14, is penciled to make his debut with Mayweather Promotions in the first quarter of 2017.