Canelo and Chavez Jr. in talks for May fight on HBO PPV 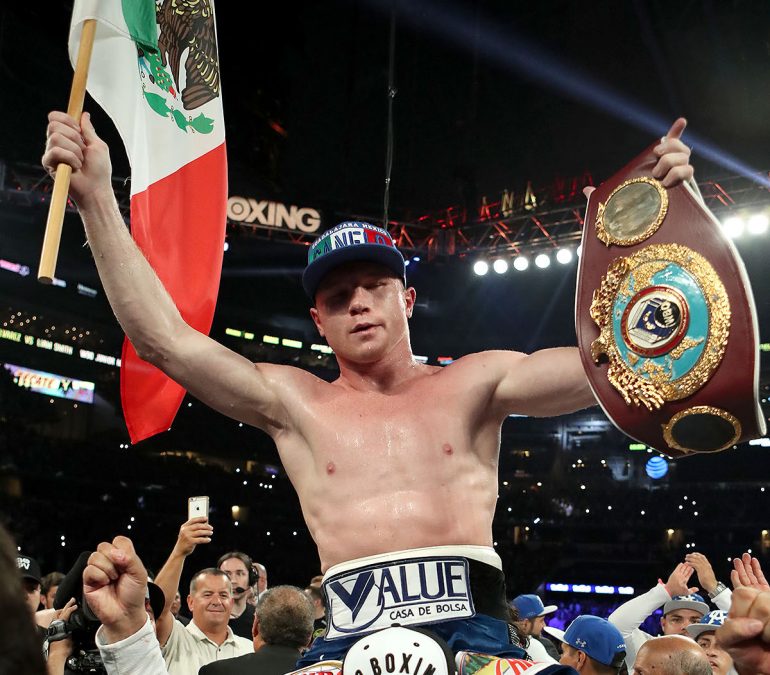 Canelo Alvarez is in discussions to meet Julio Cesar Chavez Jr. in May on HBO PPV at an indeterminate weight, Golden Boy president Eric Gomez told RingTV.com on Thursday.

“We are in talks and there’s a possibility it can happen,” Gomez, who is busy promoting Bernard Hopkins’ farewell fight on Saturday against Joe Smith Jr., said in a text message. “We will know soon. The weight is being negotiated and discussed.”

The match-up between Canelo, perhaps the sport’s biggest name, against Chavez, a fighter whose star has fallen in recent years comes out of the blue. But Chavez’s performance on Saturday against Dominik Britsch after a nearly 18-month layoff has reignited interest in his career. The son of the Mexican legend Julio Cesar Sr., Chavez Jr. is still one of the leading attractions in Mexico — even if his commitment to the sport has been questioned.

A fight between the two would apparently take place above 160 pounds, a risky proposition for Alvarez, who is Mexico’s biggest star and has never fought above 155. Canelo (48-1-1, 34 knockouts) has methodically plotted his jump to middleweight in preparation to face 160-pound champion Gennady Golovkin, tentatively set for September of 2017. (The sides are still negotiating.) Gomez didn’t want to reveal too much on Thursday, other than to say both camps continue to talk to see if an agreement can be reached. Chavez has reportedly said he could go down as low as 164 to face Canelo.

Chavez Jr., who has struggled with his weight and is advised by Al Haymon, came in under the contracted limit of 169 pounds on Saturday at 167.8, providing a glimpse of hope he’s finally serious about his career. Chavez Jr. (50-2-1, 32 KOs) has not weighed less than 167 ½ pounds since he fought at middleweight against Sergio Martinez in 2012, when he came in at 158 and looked depleted.

Canelo is recovering from a fractured right hand sustained in his ninth-round knockout of Liam Smith on Sept. 17 for a junior middleweight title. He has yet to vacate the title and there is talk Canelo could fight in early 2017 at 154 pounds if he is healthy, making the jump to middleweight in May. If the fight with Chavez happens, he could be rising almost two weight classes.