Abner Mares gets back into featherweight mix with Cuellar victory 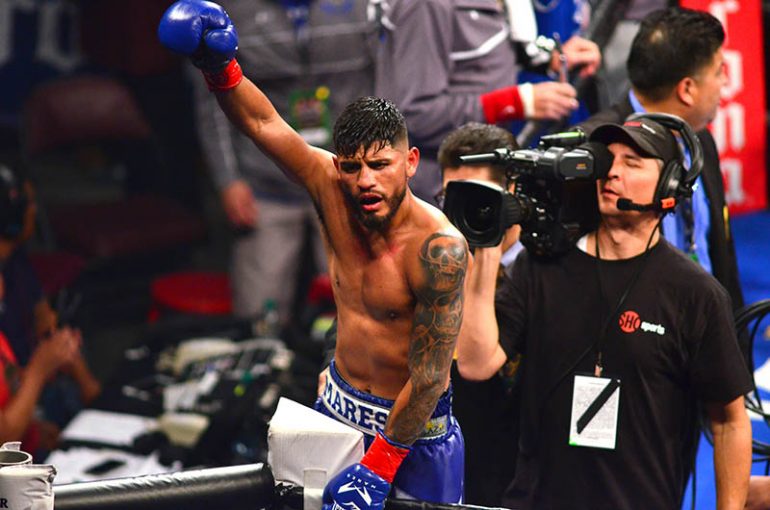 LOS ANGELES – After 12 competitive rounds of featherweight action, Abner Mares was on the right side of a split decision against Jesus Cuellar on Saturday. The fight was the main event of a card held at the Galen Center on USC’s campus.

Cuellar, who played the role of the aggressor throughout the night, had success early on as he tried to bully Mares with his size. The southpaw kept his jab busy and utilized a shift to generate more power from his left hand. Mares, of Montebello, California, fought backward most of the night because of Cuellar’s pressure, but it was his ability to fight off the back foot that separated his skills in the fight.

Mares (30-2-1, 15 knockouts) attacked Cuellar’s body to begin what was about to become a boxing exhibition on the power puncher throughout the middle rounds. Mares’ shots were quicker, more precise, and as the momentum slowly swung in his favor, Cuellar became frustrated as the fight went on. Cuellar’s grievances were because of Mares’ defense. Too often did Cuellar swing and miss with both hands while Mares landed a few counters from a safe position. 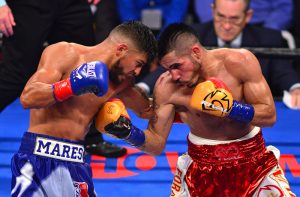 After showing he could hit and not get hit, Mares was able to send Cuellar to the canvas in the 11th. Once taking two shots to the head with his back to the ropes, Mares landed a perfect straight right hand that caught Cuellar on the way in. Jesus fell backward from the punch, and moments later, he found himself in trouble as Mares trapped him on the ropes and the crowd going wild as he hid behind his guard.

“I never doubted myself. I felt it in my heart. When I fought Leo (Santa Cruz) I beat myself because I fought the wrong fight. I fought smart tonight. I thought it would be a unanimous decision, but at the end of the day I’m champion,” said Mares after the win. “They said he was a power puncher, they said he was going to knock me out, but I proved that I have some power, too. I want Leo (sant aCruz), I want (Carl) Frampton, I want anyone. I’m a champion. I’m not afraid of anyone.”

“I thought the fight was pretty even until he threw me down, and that’s when he took control,” he said. “He definitely had the boxing skills going today. I would have preferred a rough fight, but Mares had his skills today. I want a rematch. I gave him the opportunity and now I think it’s fair that he gives it to me.”