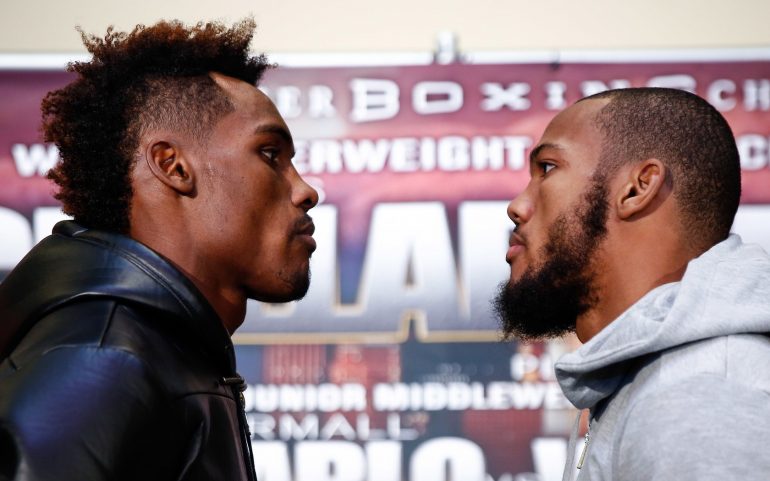 Jermall Charlo defended his IBF 154-pound title in impressive fashion by stopping unbeaten challenger Julian Williams in the fifth round of a Showtime-televised bout from USC’s Galen Center in Los Angeles on Saturday.

Charlo (25-0, 19 knockouts) dropped Williams with a jab in Round 2 and boxed tit-for-tat with the challenger in Rounds 3 and 4, before measuring the respected Philadelphia native with a monstrous right uppercut (after blocking a right cross from Williams) in Round 5 that produced the second knockdown of the fight. Williams (22-1-1, 14 KOs), who acquitted himself well after the first knockdown in Round 2, got up on shaky legs but tried to go on the attack, which opened him up to a counter left hook from the 26-year-old Houston native that put him down for the third and final time. Referee Wayne Hedgepeth waved it off without a full count.

Charlo celebrated the third defense of his IBF belt with a lot of passion and even some rage, no doubt fueled by the adrenaline rush of the KO victory and by the perceived disrespect from Team Williams and from doubters among hardcore boxing fans. When Charlo refused to accept Williams’ congratulations, the crowd inside the Galen Center booed him. Charlo cooled off a bit during his post-fight interview on Showtime.

“I want to say I’m sorry to Julian Williams, he talked crap to me for over a year but I held it in,” Charlo said. “He disrespected me all the way up to the fight. I made the fight happen, I gave the fans the fight they wanted to see, even though I was ready to move up to middleweight.

“But I apologize for me being a fighter and letting my emotions take over me.”

A full ringside report from Michael Baca II will be posted later.