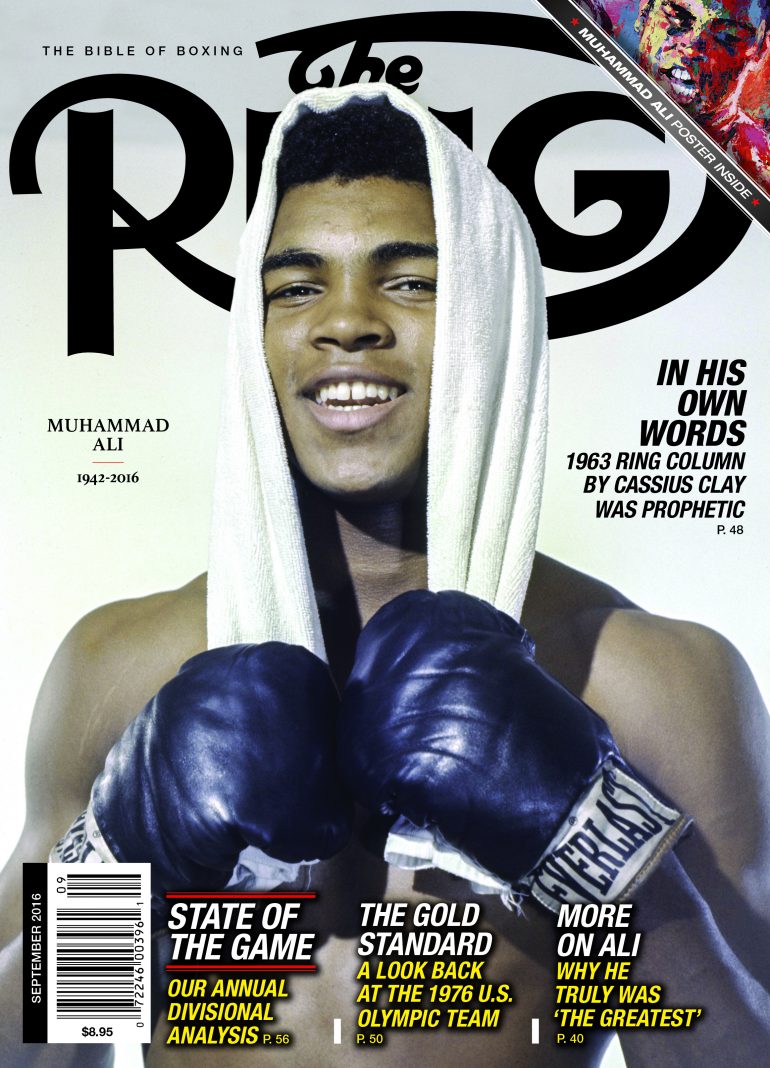 I have lived most of my adult life with mixed feelings about Muhammad Ali.

I will always admire Ali the boxer. “The Greatest” was truly a special fighter, a fact that can get lost amid his other compelling qualities. The first incarnation of Ali – before his hiatus from boxing – had weapons no heavyweight has had before or since. And while he lost a step in his second incarnation, he compensated with guile and underappreciated toughness, as he demonstrated against George Foreman.

Both versions were great.

I will smile whenever I think of Ali’s shtick – the mostly playful trash talk, the poems predicting the rounds in which he’d score knockouts, the amusing repartee with Howard Cosell and so on. Ali was brilliant fun.

The mixed feelings come in when discussing some of things he said and the primary stand he took.

I don’t believe Ali meant to cause Joe Frazier pain when he referred to his rival as a gorilla or even an “Uncle Tom,” the latter a term that pitted Frazier’s own people against him. The damage was done, though. Ali should’ve known better.

Worse, Ali actually said in 1974, “The white man is the Devil. We do believe that. We know it!” He was merely regurgitating what he learned from Elijah Muhammad, the leader of Nation of Islam, but his words were vile.

The stand for which he is best known is his refusal to enter the U.S. Armed Forces during the Vietnam War. Some considered him a “draft dodger,” others a booming voice for common sense. I always saw both sides.

I’m unequivocal on this, though: I believe wholeheartedly that Ali deserves the outpouring of the love he has received since he died on June 3. This is why:

Individuals or organizations driven by hatred deserve our scorn. That includes the Nation of Islam, with which Ali was associated as a young man. The fact is he distanced himself from such sentiments long ago, though. In the end, he genuinely loved people – all people – and wanted the best for them. His diverse funeral reflected that.

No one whose primary motivation is self-advancement or self-promotion is worthy of admiration. That wasn’t Ali, at least not when it came to his convictions. I believe he was motivated by his morality – not self-gain – when he refused induction.

Ali risked everything in his stand against the U.S. government, his boxing career and prison time. He probably could’ve lived in exile abroad to avoid the draft, as others had. Instead, he chose to stay and fight.

And, finally, there was his inspiration. Ali refused induction for a poignant reason: He was being asked to fight overseas for a country that, at that time, still didn’t afford him basic rights at home. If you don’t at least understand that concept, then you are too closed minded to be in the discussion.

Again, Ali wasn’t perfect. He acknowledged that publicly, which is another reason to embrace him. He was admired by millions worldwide because he was a great fighter – in the ring and for much bigger causes.