Cotto and Kirkland agree to fight Feb. 25 at Cowboys facility 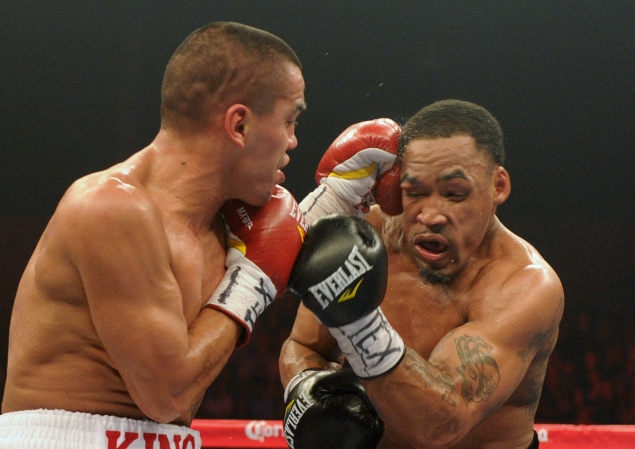 Miguel Cotto’s long-awaited return will put him in the line of fire of an entertaining brawler — and also of the fans, who may not like the probable placement of the fight on HBO PPV.

Cotto appears likely to take on veteran slugger James Kirkland on Feb. 25 at the Ford Center at The Star in Frisco, Texas on HBO PPV, Bryan Perez, an executive at Miguel Cotto Promotions, told RingTV.com on Wednesday. The news of the fight and venue was first reported by the Dallas Morning News. Kirkland manager Mike Miller told RingTV.com his side has agreed to the structure of the deal and is awaiting a contract to sign. Cotto inked his deal on Tuesday night, said Miller, who has been working on a fight between Cotto and Kirkland since March.

“The framework has been talked about and we’re waiting for a written contract so that all the terms are confirmed,” Miller said in a phone interview. “We understand the contract is forthcoming. I’m just waiting for the final terms.” The plan, Miller says, is for Kirkland to be trained by Ann Wolfe, who has always brought out the best in him.

The target venue for the fight is a 510,000-square foot indoor arena that seats 12,000 and is primarily used as a practice facility for the NFL’s Dallas Cowboys. Perez said AT&T Stadium in Arlington, Texas, where the Cowboys play, was also briefly eyed as a destination before officials settled on the smaller, more practical venue. Cotto is promoted by Roc Nation Sports, which also handles Cowboys receiver Dez Bryant.

Cotto (40-5, 33 knockouts) plans to start training camp in January, again under Freddie Roach, Perez said. Cotto, a former four-division champion, hasn’t fought since losing a decision to Canelo Alvarez in November of 2015; Cotto, 36, and Kirkland, 32, started talking in March about a possible fight for June 18 at Barclays Center in Brooklyn but the fight never happened. Kirkland (32-2, 28 KOs) hasn’t fought since he was stopped in three exciting rounds, also against Alvarez in May of 2015.