Klitschko and Joshua have deal to meet April 29 in London 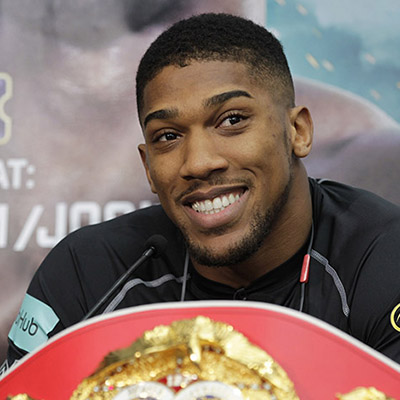 As someone who hasn’t fought in more than a year, Wladimir Klitschko is obviously antsy to return to the ring. Fortunately, he has a date and potential title fight lined up to supplant the misery of his failed rematch with Tyson Fury.

A deal is in place for Klitschko, a former unified heavyweight champion, to face current IBF titleholder Anthony Joshua on April 29 at London’s Wembley Stadium, Klitschko manager Bernd Boente told RingTV.com in an email on Tuesday. Of course, Joshua (17-0, 17 knockouts) has to take care of journeyman Eric Molina on Saturday at Manchester Arena in Manchester, England for the fight to happen. But Joshua is expect to win easily, paving the way for a battle between a past dominant champion and someone who is just starting his reign.

“When Joshua wins then Wladimir is next,” Boente said. It’s not clear if Showtime or HBO would carry the bout; Joshua signed a multi-fight agreement with Showtime in May and Klitschko has historically fought on HBO. Boente declined to comment on the status of the networks or if a rematch clause is part of the deal.

Klitschko (64-4, 53 KOs) was supposed to challenge for the title against Fury on Oct. 29 but Fury withdrew from the bout and vacated his titles, citing mental health issues. Klitschko, 40, and Joshua, 27, are former sparring partners and Klitschko is expected to attend Joshua’s fight on Saturday against Molina. Both Klitschko and Joshua are former Olympic gold medalist and two of the bigger names in boxing.