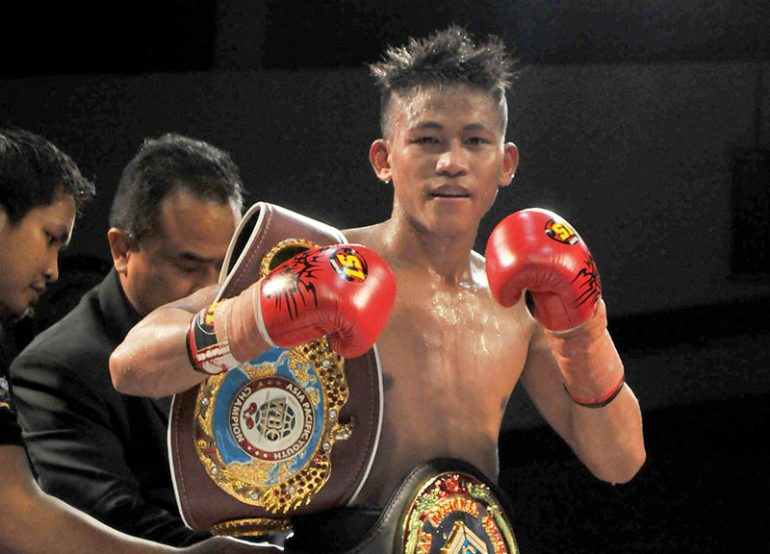 MANILA, Philippines – Jack Tepora has the sort of boxing record that you’d usually see from a fighter headlining on PBC or Solo Boxeo cards in the United States. The 23-year-old Filipino boxer has remained unbeaten in his four years as a pro, building his record to 19-0 (14 knockouts) while his body has matured into the junior featherweight division.

Yet instead of fighting at his country’s iconic venues like Araneta Coliseum (the site of the Thrilla in Manila) or the new standard-bearer of sporting modernity, the Mall of Asia Arena, Tepora is headlining at shopping malls in his home province of Cebu, or, like last Friday, at the Mandaue City Sports and Cultural Complex.

Omega Pro Sports International (OPSI), the upstart promoter of Tepora, has been content to move him locally, staging public workouts and offering free admission to their shows. Get their fighters in front of crowds and the payoff will come down the line, is their reasoning.

“Right now the current status is about promoting here in Cebu because once you bring a boxer abroad without having an actual fanbase in the Philippines, the entire thing will be a long, long process,” says Pio Paulo Castillo, president of OPSI. “We believe in building a fanbase here is easier — get your name out.”

Tepora’s latest trip into the ring, a knockout of Indonesian Galih Susanto, was in line with the company’s vision. In front of an estimated 2,000 local fans, Tepora scored three knockdowns before finishing his foe at 2:30 of the fifth round. The arena may be dingy but the people still cheer. It’s still far more grandiose than the humble beginnings from which Tepora came.

For Tepora, boxing was a family tradition first started by his older brothers, former pro Christopher “Pingping” Tepora and former amateur Jingjing Tepora, both of whom introduced him to the sport at age 7. One of seven children, Tepora is the son of a tricycle driver. His mother passed away when he was 8 years old.

To make some pocket change as a child, Tepora collected trash along the side of the roads of Tiwasan Catarman, Cebu, for about 30 pesos (approximately 60 cents) a day, and sang Christmas carols door-to-door during the holidays for a peso or two.

“It was hard but we were able to eat three times a day,” Tepora remembers of his childhood.

When he started boxing, he made a bit more, making up to 300 pesos ($6) for a win in the amateurs. He had about 100 amateur fights, he says, winning two golds and a bronze in national tournaments before turning professional in 2012.

So far just about all of his fights have taken place in his home province of Cebu, which, thanks in large part to the success of ALA Promotions (which handles two-time world champion Donnie Nietes and a number of top fighters who have made it their training base) is the de facto boxing capital of the country.

Tepora still trains out of the Omega Gym, a reiteration of a gym started by Castillo’s grandfather and father over a quarter century ago after they decided to use boxing to promote their product, Omega Pain Killer, a water-based liniment used primarily for relieving back pains and muscle cramps.

For now, southpaw puncher Tepora is rated No. 14 by the WBO at 122 pounds and hopes to get a shot at its title, currently held by Jessie Magdaleno. He’s yet to be tested as a pro, and the only national television exposure he receives is on the GMA network, which airs the fights several weeks after they happen.

But Tepora, his trainers and promoter are for now trusting the process, confident that time is on their side.

“He has power in his fists, intelligence; this guy has the entire package right now,” said Castillo. “I think it would only be a matter of time. Slowly but surely we’re gonna get to the world title.”