Canelo has no immediate plans to vacate 154-pound title 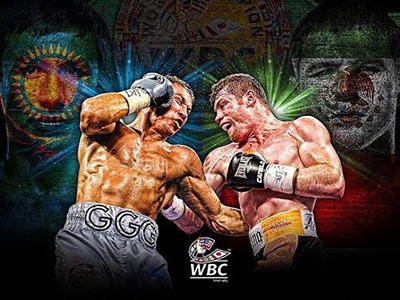 As Canelo Alvarez builds toward a mega-fight with middleweight champion Gennady Golovkin next fall, Golden Boy officials are plotting his next move, and that includes a likely title defense at 154 pounds in the first quarter of 2017 on HBO if he is healthy, Golden Boy president Eric Gomez told RingTV.com on Friday morning.

If Alvarez’s fractured right hand isn’t ready by then, then the idea is for Canelo to go directly to a May bout at 160 pounds on HBO PPV before facing Golovkin (36-0, 33 knockouts) in September, Gomez said. “That’s the game plan,” Gomez said in a phone interview. “That’s what we’re hoping for.” Alvarez sustained an avulsion fracture in his right hand during his ninth-round knockout of Liam Smith on Sept. 17 to win a junior middleweight strap.

The decision to possibly stay at 154 pounds for another fight may confound fans who were under the impression Canelo (48-1-1, 34 KOs) was ready to jump to 160, but Gomez once again gave assurances that Canelo intends to face GGG in 2017, even if he’s still toiling at a lower weight to begin the year. Gomez listed David Lemieux and middleweight titleholder Billy Joe Saunders as possible opponents for Canelo in May on HBO PPV in his debut at 160.

“If it’s the first quarter, then he likely stays at 154,” Gomez said. “If it’s in May, then the likelihood is that it will be at middleweight. But the plan is Golovkin. There’s no secret. We’ve been in discussions. We’ve been negotiating. I feel that we’re close. That’s his objective. That’s what Oscar (De La Hoya, Golden Boy CEO) wants. That’s what Canelo wants. That’s what we’re trying to make happen.”

Because of the possibility of a defense at 154, Alvarez has no intention to vacate the belt until he learns more about the long-term health of his hand, according to Gomez. “We won’t know until we get the green light that he wants to fight early in next year or if he’s going to wait until May,” Gomez said. “So he’s going to wait a while (to make a decision on the title). He hasn’t decided what he wants to do.”

Gomez said that Canelo continues to work out, though he’s not yet using his right hand in boxing exercises. Gomez expects Canelo to start using his right land in late December. “He’s going to give us feedback and we’re going to plan accordingly,” Gomez said. “We’re not rushing anything. There’s enough time. Canelo is a very, very disciplined fighter. He stays in shape. He’s going to be in shape. If we want to fight in the first quarter, then that is available. If he wants to wait until May, that will happen as well. It’s going to be touch-and-go until late December.”

Regarding talks with Golovkin, Gomez said he discussed the fight with Golovkin promoter Tom Loeffler as recently as two days ago and there are plans to meet up next week to continue negotiations. “We’re going to sit down,” Gomez said. “We’re keeping the discussions going. But I feel confident that we can get the fight done.”