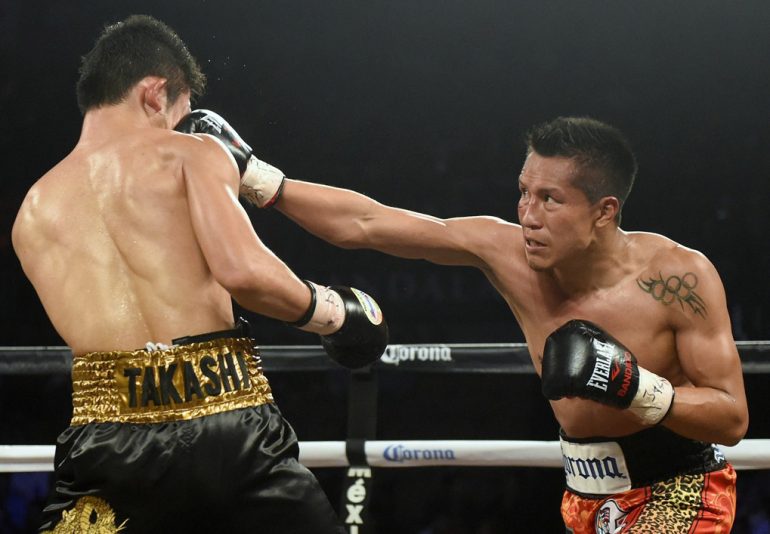 Francisco Vargas is ready to pick up where he left off after his heart-pounding, dizzying draw with Orlando Salido in June.

The HBO co-feature pits former junior lightweight champion Takashi Miura (30-3-2, 23 knockouts) against Miguel Roman (56-11, 43 KOs). The plan is for the winners to meet in a later fight and if that happens, Vargas and Miura could possibly engage in a rematch of their hellacious 2015 consensus Fight of the Year, won by Vargas.

“Vargas is coming back and obviously this guy is a warrior,” Gomez said in a phone interview. “He’s just a very exciting fighter and it’s interesting because I was able to get Miura and Roman on it, and it’s very likely the winners will face each other next.”

Vargas, one of the sports must-see fighters because of his all-action style, has been on the sidelines since June. Now, he’s healthy and ready to jump back into the fray. In Berchelt (30-1, 27 KOs), Vargas (23-0-2, 17 KOs) will find a willing foil who will likely bring out the best in him.

“With him he had those injuries,” Gomez said of Vargas. “He had those cuts. So we gave him ample time to heal. It was a very tough fight with Salido, a great. great fight. It’s up there for Fight of the Year, just non-stop. Vargas is a fighter that fans like and he’s starting to build his brand and he really is one of the premier exciting fighters in boxing.”