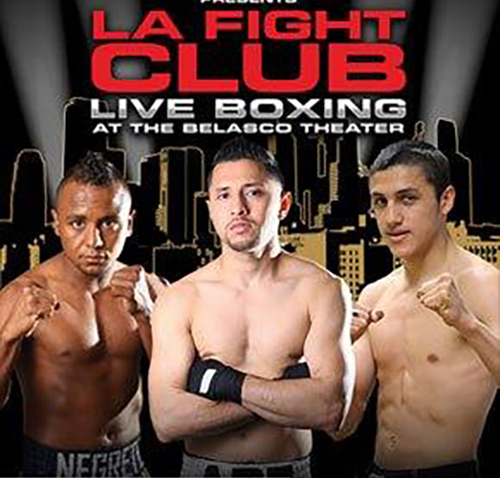 Featherweight Abraham Lopez is at an interesting point in his career. He is unbeaten, but at age 29 he’s too mature to be considered a prospect. And despite holding the NABA title, some in boxing wonder if he is a legitimate contender.

Lopez hopes to provide some clarity to his career trajectory on Friday night when he faces veteran Sergio Lopez at the Belasco Theatre in Los Angeles. The 10-round bout will headline the final “LA Fight Club” of the year and will air live on Estrella TV (And RingTV.com), beginning at 10:00 p.m. ET/ 7:00 p.m. PT.

Lopez (21-0-1, 15 knockouts) is one of Golden Boy Promotions many featherweight standouts, along with Joseph Diaz, Jr., Ronny Rios and Julian Ramirez. In his last bout on June 4, Lopez defeated Ramirez by decision, but there were boxing scribes ringside who believed Ramirez did enough to win the fight.

Lopez moves on with his career, but some wonder whether he has peaked as a fighter.

Lopez is a talented boxer, but he didn’t fight for three years (2012-2015) while he sat out a disputed promotional contract (and worked on completing his education in respiratory therapy). He’s made up for lost time since signing with Golden Boy and a win could open more doors in 2017. Lopez is ranked number eight by the WBA.

“I’m very excited to get back in the ring and close out the year at ‘LA Fight Club’ for Golden Boy,” said Lopez earlier this week.

Sergio Lopez (21-11-1, 14 KOs) has lost three of his last five bouts, with those losses coming to Alejandro Luna, Toka Kahn Clary and Joet Gonzalez. The solid journeyman does have a knockout win over prospect Victor Betancourt, which occurred in August of 2014.

In the eight round co-feature, bantamweight Oscar Negrete (14-0, 5 KOs) will square off against Raul Hidalgo (26-14, 19 KOs), who has won three of his last four bouts.

Opening the ‘Boxeo Estelar’ telecast will be featherweight Edgar Valerio (8-0, 4 KOs), who is managed by Joel De La Hoya. He will square off against Guadalupe De Leon (9-14, 5 KOs) in a six-round bout.

“I have an experienced opponent, but I’ve put in the hard work … I’m not (going to) denied the victory,” said Valerio.