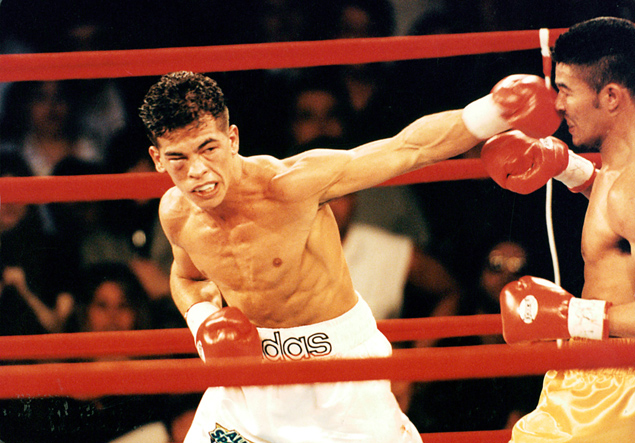 Atlantic City, once a hotbed of boxing, has fallen victim to casino closures and the exodus of big-time fights to Las Vegas and California. But there was a time when Atlantic City was a lure for blue-chip fighters, such as the late Arturo Gatti and Mike Tyson.

As a reminder of that legacy, the Atlantic City Boxing Hall of Fame announced on Monday the first 24 members of its inaugural class of 2017. The induction weekend will roll out at The Claridge Hotel from May 26-28 with the ceremony on May 28.

Among the inductees of the Hall of Fame are Tyson, who fought in Atlantic City more times than at any venue in his career, including bouts with Larry Holmes and Michael Spinks; Gatti, who participated in 23 fights in Atlantic City and made the Boardwalk his second home. Holmes, another inductee, fought Tyson and Ray Mercer there. Former two-division champion Dwight Muhammad Qawi, fought in the resort city 22 times, facing the likes of Evander Holyfield, Spinks and the late Mathew Saad Muhammad (another Atlantic City inductee).

Former lightweight titleholder Leavander Johnson, who was from Atlantic City and died in 2005 from injuries sustained in a title fight, will also gain entrance; Spinks, another inductee, had a number of highlights in AC, but he also had some lowlights among his 12 appearances, including a 91-second blitz by Tyson at Boardwalk Hall in 1988, the last time he would fight.

In the media grouping, Dave Bontempo and the late Jack Obermayer and late Bert Sugar will receive induction. Ken Condon, a Caesars Atlantic City consultant, the late Dennis Gomes, a casino operator, and ex-IBF president Bob Lee also received entrance in the special contributors’ wing. “This is an excellent class of inductees,” Ray McCline, president and founder of the Atlantic City Boxing Hall of Fame said in a prepared statement. “Each-and-every one of these individuals are well deserved and have done remarkable things to help Atlantic City be recognized as a top boxing destination.”