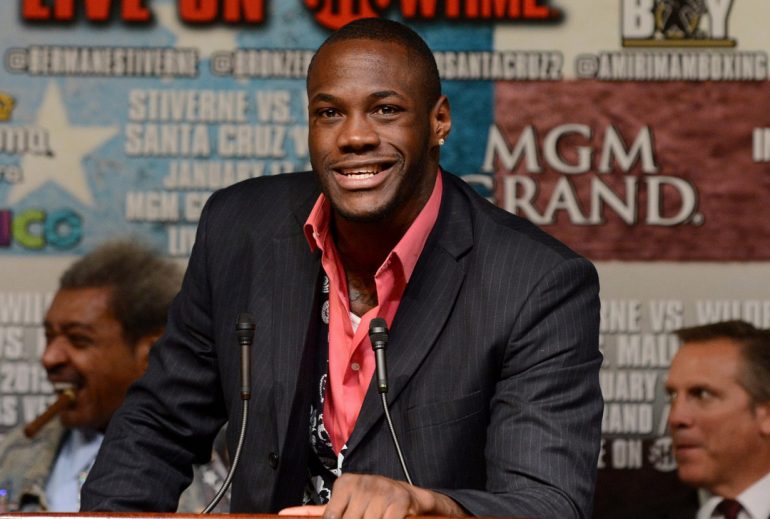 A massive heavyweight unification match between Deontay Wilder against the winner of either Anthony Joshua or Wladimir Klitschko is still targeted for late 2017 even if Wilder had multiple surgeries on his right arm and had to push back his schedule, according to Showtime boxing boss Stephen Espinoza.

“I think it’s still late 2017,” Espinoza told RingTV.com on Wednesday of a heavyweight unification fight involving Wilder. “If Joshua-Klitschko actually happens, I think the winner is a natural for Deontay. You can also look at the winner of Stiverne-Povetkin. Either one of those I think is a really high-quality fight. But if I had to pick I’d say the winner of Joshua-Klitschko versus Deontay is just a massive, massive fight.”

Espinoza said that dates and venues in April are being explored for a Klitschko-Joshua fight. “So I’m cautiously optimistic that will happen,” he said. “Obviously, Eric Molina has other plans but if Anthony comes through with that there’s a very good chance I think his next fight is Klitschko.”

Espinoza expects Wilder (37-0, 36 knockouts) to return in either March or April after he shattered his hand and biceps in an eighth-round stoppage against Chris Arreola on July 16. Wilder needs two fights to get ready for the likes of either Joshua or Klitschko, the Showtime exec mused. Joshua has to get by Eric Molina on Dec. 10 and then may face Klitschko in the spring.

Espinoza listed the young, undefeated heavyweights Hughie Fury (20-0, 10 KOs) and even possibly Jarrell Miller (18-0-1, 16 KOs) as candidates for Wilder in 2017 before Joshua or Klitschko. “There are some interesting prospects, whether it’s someone like Jarrell (or Fury),” Espinoza said. “The thing about the heavyweight division is there are four or five names at the top but beyond that the awareness isn’t as great. So you have to get a little creative and look at some of the up-and-coming guys.”

Wilder is reportedly punching with both hands in the gym and Espinoza said he will be in camp without any restrictions by the New Year. “He intends to be very busy, as many as three fights next year,” Espinoza said. “So from everything I’ve heard from him and his team, his recovery has gone absolutely fine. Having his right arm immobilized has given him an opportunity to work on his jab.” Wilder will be a guest commentator for Joshua’s IBF defense against Molina on Dec. 10, Espinoza said.