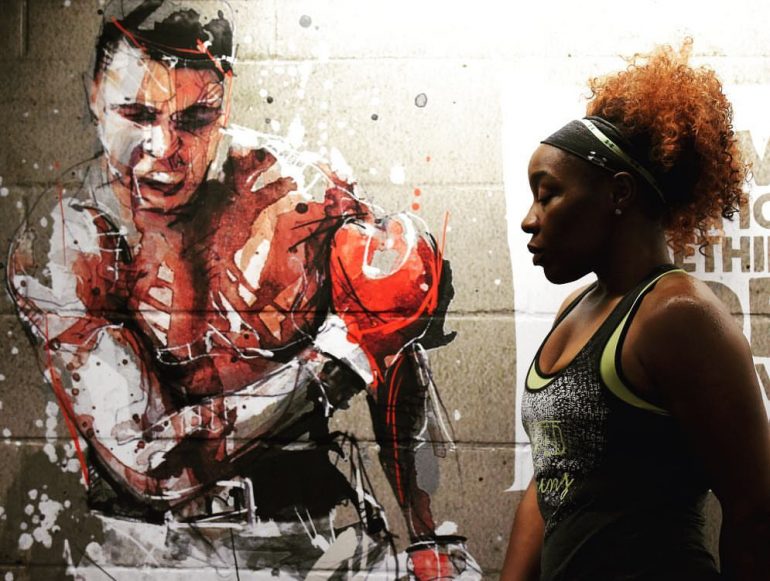 Franchon Crews is no stranger to the big stage.

As an eight-time national amateur champion, and a two-time medalist at the World Amateur Championships, she is used to fighting the best opposition with the biggest stakes on the line.

But while boxing is perhaps the most pictorial of sports, it does not mirror theater in all ways. In show business, the biggest stages and the toughest roles typically bring about the largest audiences. Unfortunately, the fight business has mostly kept women out of the spotlight, causing them to at times perform the equivalent of Hamlet in an empty bingo hall.

When Franchon won her bronze medal at the 2016 World Championships, she did so in the 12,000-seat Barys Arena in Astana, Kazakhstan. Roughly 11,500 of those seats were empty at all times, and the only way to watch for those other than the 500 in attendance was via an Argentine webcast.

Crews has been in fights with materially more on the line than the one she will engage in this Saturday in Las Vegas. But she may never be in a more meaningful fight.

The 29-year-old will make her professional boxing debut against Claressa Shields, the woman who twice bested her en route to an Olympic berth, and the one tabbed as being capable of igniting interest in women’s professional boxing. The two will meet on the undercard of the highly anticipated light heavyweight title bout between Sergey Kovalev and Andre Ward.

“I was at work, and they propositioned me with the fight, and I was like, ‘Why not?,’” said Crews, who holds a day job at Dick’s Sporting Goods. “I’ve been around since 2005 and I’ve had a lot of amateur success, but now I’m ready to test myself in the professional ranks and help push the women’s boxing movement forward. Especially with Claressa, this is big for us. Our legacies are intertwined.”

It’s possible that if the once-in-a-generation talent in Shields had never come around, or at least hit the scene a few years later, that Crews would enjoy similar fanfare to that of her rival. Prior to the 2012 Olympic Trials, where she first met Shields and dropped a split decision, Crews was the darling of the national program – a five-time U.S. champion by that point and a public relations dream.

Crews is an engaging, bright, charming personality. Known as “The Heavy-Hitting Diva,” Crews looks and behaves differently than her contemporaries. The typical amateur boxer in the national program is almost programmed to not stand out, putting their team and their country first. As likable and patriotic as she may be, Crews is always very much herself, often performing the national anthem before tournaments, and always training in gear just a tad bit flashier than her teammates’. 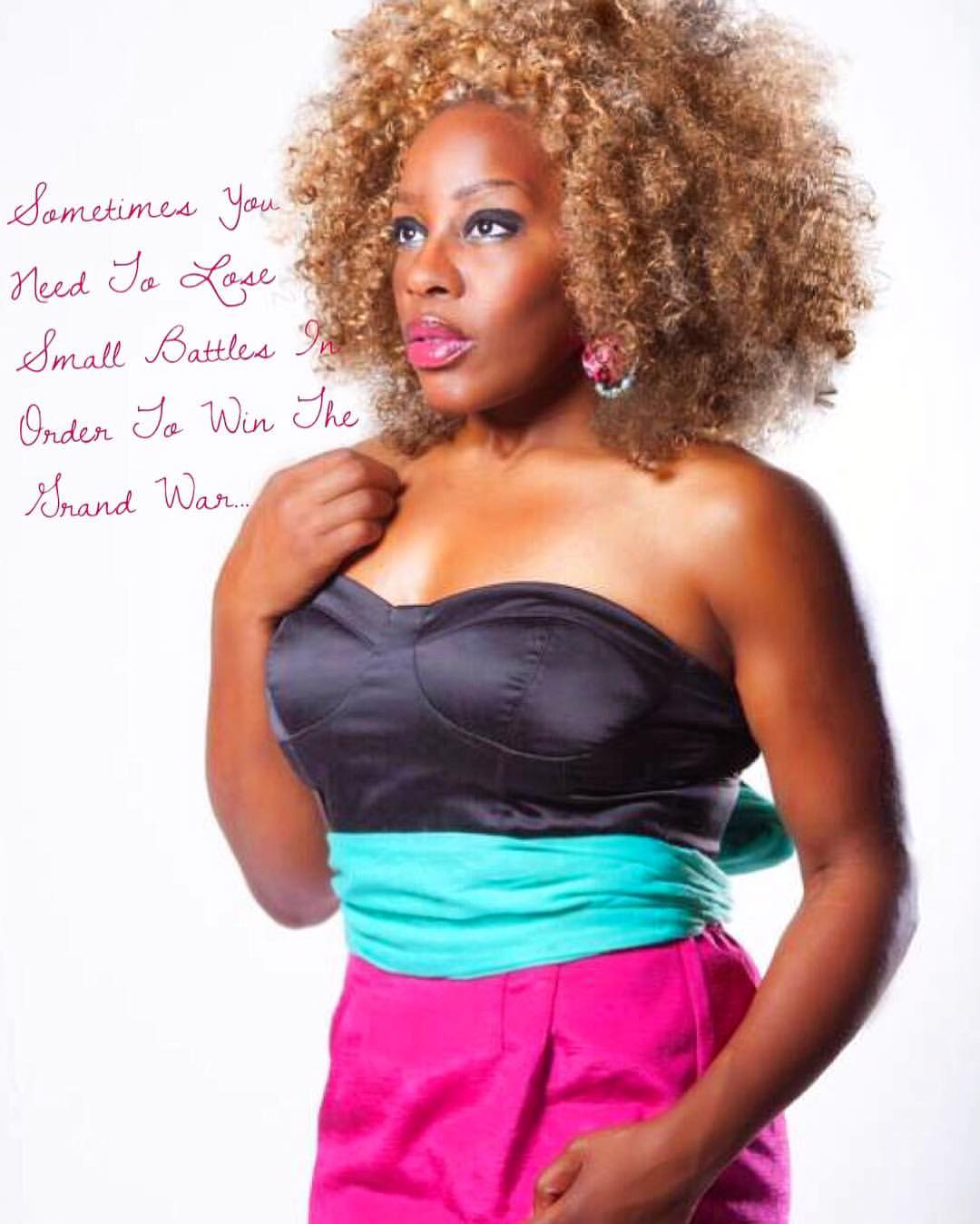 “I don’t sit in the mirror thinking, ‘Yeah I look pretty, they’re gonna love me!’ This is my authentic self. I love fashion, I sew, I love makeup, I love hair, I love pretty things and I love to fight. The real will always separate from the fake. If I’m not being my real self, people will know it. You can only keep a facade up for so long,” said Crews.

Inherently, Crews is a performer. When she was 17, she had a televised audition on “American Idol” but was not chosen to advance. She felt that losing weight would make her more marketable as a singer, and, after a friend suggested she could lose five pounds in just one training session, decided to give the Sweet Science a try as a new workout routine.

“I told them if I’m not gonna be American Idol, I’m gonna be middleweight champion of the world,” said Crews. “I remember it vividly. The first person I ever sparred was James Berry. He busted my lip, and they nicknamed us Ike and Tina. I was like, ‘I’m never coming back to the gym,’ but I kept coming back.”

It wouldn’t take long before she was besting men in sparring, and nearly every woman in the middleweight and light heavyweight division internationally. It followed the same pattern as everything Crews had ever done. As a student, she was academically gifted and was placed in advanced education classes at Frederick Douglass High School in Baltimore. As a singer, she was naturally blessed with strong vocal ability.

Ultimately, nearly everyone who reaches a level of notoriety in the professional level of their vocation was once the best person they knew at whatever it was they were doing. Members of NFL practice squads were once the superstar on their college team. The guy strumming the guitar as the curtain jerker for your favorite rock band was once voted “most likely to win a Grammy” in his yearbook. 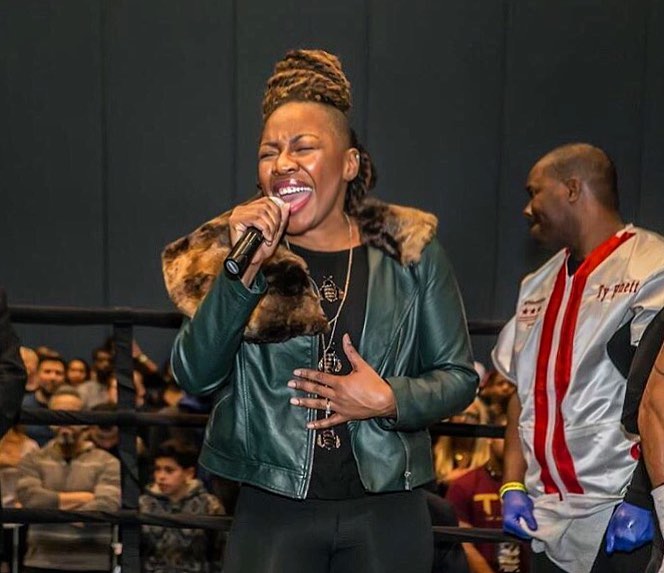 None of these have been sufficient reasons for her to quit, however. Not unlike her mother, who worked three jobs for the majority of Crews’ childhood, Crews still takes university courses at DeVry. She is also working on a new ring-walk song for the fight few predict she will win.

“Franchon shows you the heart of a woman boxer,” said Sarah Deming, New York-based boxing writer and trainer, who has covered Crews extensively throughout her career. “She’s part of the struggle. She illustrates the struggle of women’s boxing. It’s a marginal sport, it’s hard to make a living. You can’t be a full-time athlete, really, there’s no support for that.”

Crews’ struggle is in many ways a microcosm of the greater struggle women’s boxing – and further, women in general – endure.

An American power-punching, articulate, singing, fashionable male boxer would have already been a premium cable star by now, but no such infrastructure exists for female fighters.

It’s taken a two-time Olympic gold medalist in Shields, strapped with a heart-wrenching backstory of abuse and abject poverty, to attract even the slightest of interest from HBO, which has never aired a women’s bout in the history of the network. Its chief counterpart, Showtime, hasn’t aired one since 2001. 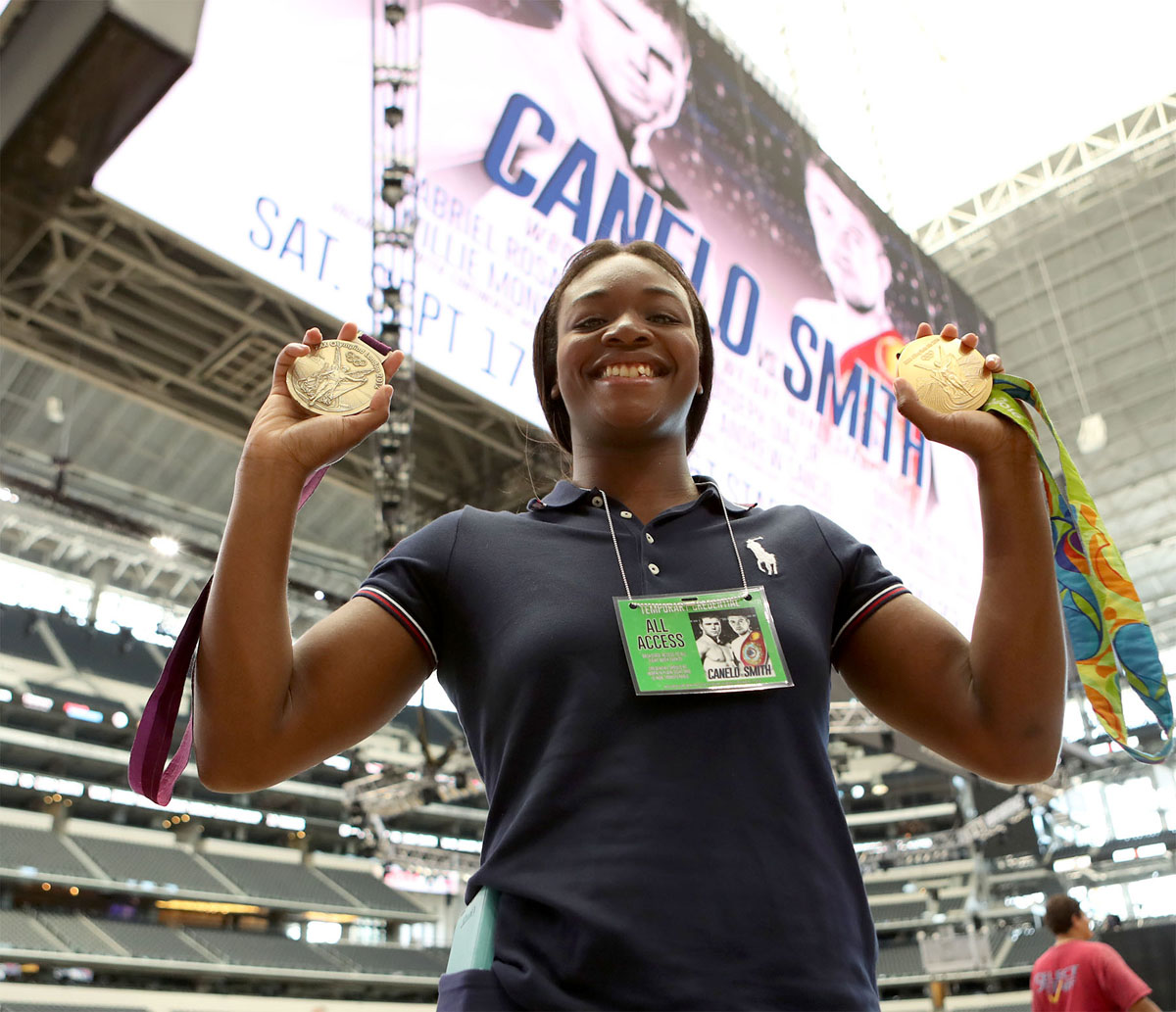 “This is us stepping out because there’s a lot of frauds in the professional ranks who look pretty but can’t fight,” said Crews. “But there are some women out there who can fight. We’re trying to bring the authenticity, the real back. Let’s take it back to the Sugar Ray Robinson days, let’s just fight. I’m just going to have fun, and put on display that women can box, that we’re not just in there catfighting.”

Earlier this year, mainstream fans got a peak at high level women’s professional boxing when top featherweights Heather Hardy and Shelly Vincent fought on a Premier Boxing Champions telecast. Even a breakthrough moment such as that one was asterisked, as the bout wound up airing on the NBC Sports Network portion of the telecast without warning, rather than the cable television NBC offering which drew a colossal 4.6 rating.

In the case of Shields and Crews, the initial expectation was that their bout would be a part of the Kovalev-Ward pay-per-view telecast. Instead, they will fight earlier in the night as part of the “free view” portion of the telecast, as a gratuity during the countdown show designed as a last-ditch effort to draw in potential buyers flipping through the channels hours before the event. This decision was made despite the fact that Shields alone has made more mainstream media appearances than Ward and Kovalev combined leading up to the event.

The timing of the bout – likely around 8:00 p.m. ET – ensures that the atmosphere inside the T-Mobile Arena won’t be much different than it was in Kazakhstani arena earlier this year, as Vegas crowds seldom file in before the co-main event, opting to gallivant and gamble instead.

In spite of that, two phenomenally talented female fighters will take their headgear off for the first time and bare their faces and their souls inside a boxing ring, whether anybody will tune in or not.

It’s not the platform they wanted, or that they deserve. It’s a fight Crews is predicted to lose. It’s one she’s lost several times before.

But women’s boxing – and this fight in particular – and Franchon Crews personally can teach us at least one thing.

Some fights might not be winnable. But they’re sure as hell still worth fighting.