Pedraza to defend title against Davis Jan. 14 in New York 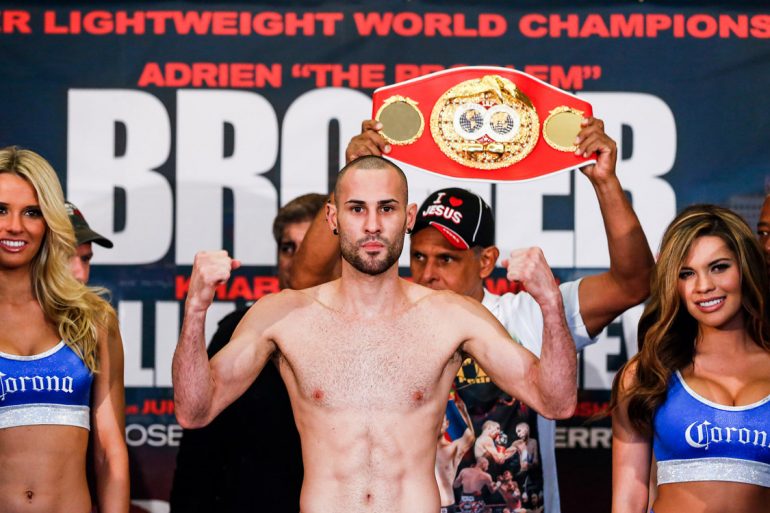 Jose Pedraza is set to defend his junior lightweight IBF title against Gervonta Davis on Jan. 14 in the Showtime co-feature to the super middleweight unification bout between James DeGale and Badou Jack at Barclays Center, promoter Lou DiBella told RingTV.com on Monday.

Pedraza, who hasn’t fought since April 16, received an exception from the IBF to put off facing mandatory challenger Liam Walsh to meet Davis instead, DiBella said. Of course, organizers are still trying to resolve issues with the New York State Athletic Commission over the new insurance regulations that have spiked premiums. But officials remain hopeful the commission will find a remedy in time for the card.

Pedraza (22-0, 12 knockouts) has expressed frustration on social media on not being active since he won a decision against Stephen Smith on April 16 at Foxwoods. Davis, who is promoted by Floyd Mayweather Jr., has had his own issues. Over the summer Davis (16-0, 15 KOs) took to social media to complain about a directive from Mayweather to leave his home of Baltimore and move to Las Vegas.

The 22-year-old resisted and said that Mayweather was keeping him out of action as a result. Davis last fought in June, knocking out Mario Antonio Macias in the first round in Hollywood, Florida. Now, both undefeated fighters will get a chance to resume their careers against the other.