No Villanueva-Tete negotiations yet, says ALA boss 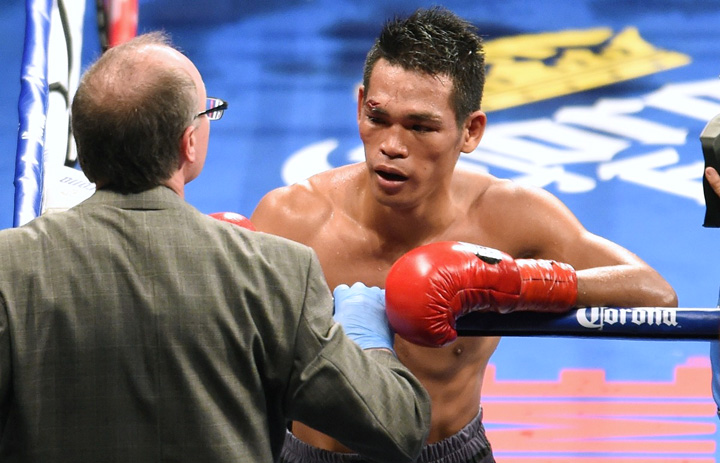 MANILA, Philippines – Despite what’s posted on BoxRec.com, ALA Promotions president Michael Aldeguer says there have been no discussions yet about matching Filipino boxer Arthur Villanueva and former IBF junior bantamweight titleholder Zolani Tete on Nov. 26.

BoxRec has posted that Villanueva (30-1, 16 knockouts) and Tete (24-3, 20 KOs) are set to meet in a 12-round fight in support of WBO middleweight titleholder Billy Joe Saunders versus Artur Akavov in Cardiff, Wales, a card promoted by Tete’s promoter Frank Warren. Aldeguer says the fight had been ordered for a mandatory eliminator for the WBO bantamweight title currently held by Filipino boxer Marlon Tapales at the WBO Convention in October but he was “shocked” to find out the fight had been listed as official.

The 27-year-old Villanueva of Bago City, Philippines has run off three straight wins since his lone career defeat, a technical decision loss to McJoe Arroyo in July of 2015 for the vacant WBO junior bantamweight title. He’s currently rated the No.1 contender by the WBO at 118 pounds while Tete, 28, of Mdantsane, South Africa, is rated No. 3.

Tete, rated No. 8 by THE RING at bantamweight, won his title in 2014 and gave it up the following year after one defense, calling the purse he’d make to face Arroyo an “insult.” Tete signed with Frank Warren’s Queensberry Promotions later in 2015.

Villanueva tells RingTV he returned to training just last week in Cebu City, Philippines and says he has high regard for Tete.

“I think he’s a very good fighter and he’s a world champion and I think he’s heavy-handed,” said Villanueva.

“I also believe in myself in my coaches and my training but I know this is not an easy fight for me.”

Aldeguer for now is focused on his November 26 “Pinoy Pride 39” card headlined by Milan Melindo’s challenge for the IBF interim junior flyweight title against Teeraphong Utaida. The card will be the first since the passing of Philippine sports commentary legend Ronnie Nathanielsz, who died on Nov. 11 at age 81 after suffering a heart attack in the United States. Nathanielsz had served as the anchor of the Pinoy Pride series on commentary for TV network ABS-CBN and Aldeguer says they are planning a tribute at the show.

“Definitely yes, Ronnie’s always been a friend. He’s done a lot for boxing. Hopefully we’ll discuss that with ABS and see what we can do for Ronnie,” says Aldeguer.