Danny Garcia not trying to impress Thurman on Saturday 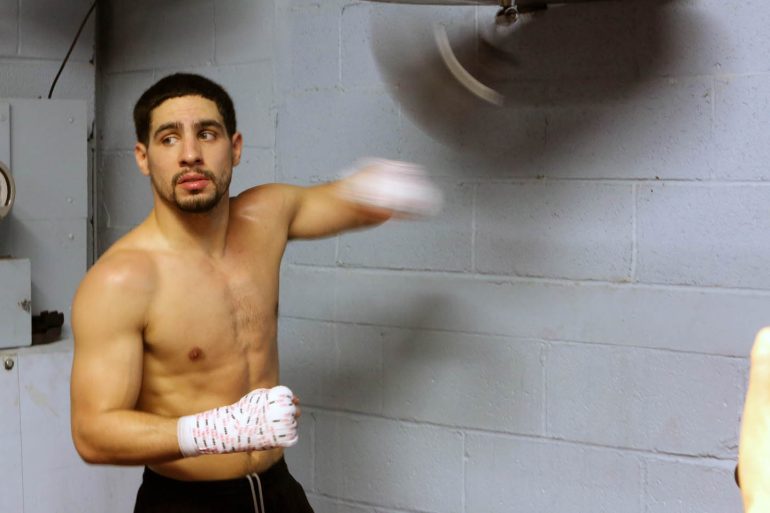 When Danny Garcia faces Samuel Vargas on Saturday in Philly in a stay-busy fight, he will likely spot Keith Thurman at ringside.

Though he and Thurman have signed to meet in a big welterweight unification match on March 4, Garcia says he won’t be trying to make an impression on Thurman, who will be front-and-center as part of the PBC on Spike announcing team for the telecast.

“I’m not going in trying to be crazy,” Garcia told RingTV.com on Thursday before the final press conference for the non-title fight at Temple University’s Liacouras Center. “I’m just trying to be Danny Garcia and work round-by-round. I’m not looking to impress Keith. I have to go in there and just be me.”

At the same time, Garcia, who holds the WBC title, acknowledged there’s a special buzz in the air since he has to beat the journeyman Vargas in order to secure the big-money fight with Thurman. “I’m definitely motivated,” he said in a phone interview. “I feel so motivated. I haven’t been so motivated in my career in a long time. The sky is the limit so I just have to go in there and fight one fight at a time.”

Garcia (32-0, 18 knockouts) thinks it’s an advantage that he will have a stay-busy bout before he faces Thurman while Thurman (27-0, 22 KOs) will be off since he fought Shawn Porter on June 25. “My job as a fighter is to stay busy,” he said. “I want to be an active champion. I can’t speak for him. But I think it’s important for me to be active and since I’m in the prime of my career I want to stay at my best.”

Garcia had a feeling he and Thurman would eventually meet with their affiliation to advisor Al Haymon. “With the PBC situation, I always knew there were a lot of good fighters around my weight class,” he said. “I knew that it would be like everyone fighting each other, so I knew it would happen.”

Garcia has also been mentioned by promoter Bob Arum as a possible opponent for Manny Pacquiao, who just won a welterweight title against Jessie Vargas on Saturday. For that to happen, Arum and Haymon would have to broker a deal. The two top dogs worked together to make Pacquiao-Floyd Mayweather Jr. last year and most recently Terence Crawford-John Molina Jr. Garcia is confident it can happen.

“Bob Arum is a smart man, a smart promoter,” Garcia said. “He knows how to mix people’s names in there just to get the media hype and stuff like that. But I’m looking forward to fighting anyone in my career and just one fight at a time. Yeah, I think it’s possible,” he said of Haymon and Arum working together to make the match-up. “Since Manny Pacquiao fought Floyd,” he said, “I think anything is possible.”