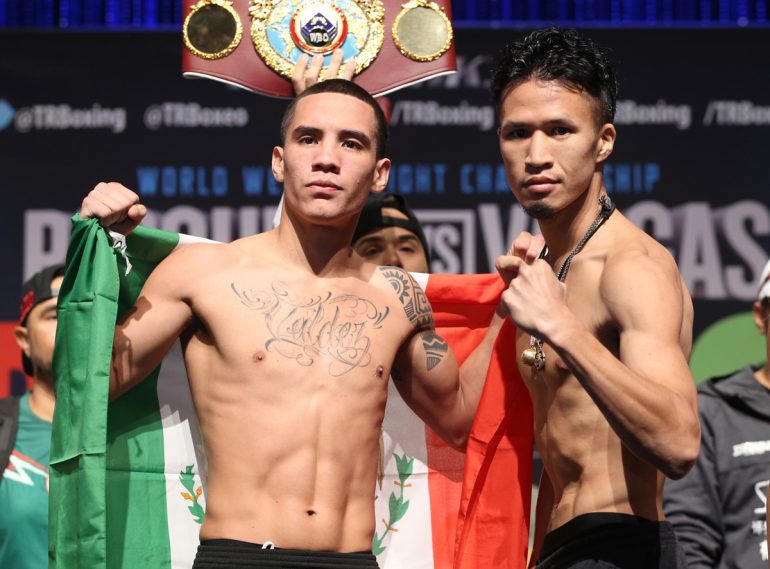 Oscar Valdez thoroughly beat up and then stopped Hiroshige Osawa at 1 minute, 50 seconds of Round 7 to retain his WBO featherweight title on the Jessie Vargas-Manny Pacquiao undercard Saturday in Las Vegas.

Valdez (21-0, 19 knockouts) outclassed the Japanese challenger in every way, following up stiff, accurate jabs with vicious shots to both the head and body from beginning to end.

Valdez put Osawa (30-4-4, 19 KOs) down with a left hook in the fourth round but Osawa, who evidently has a good chin, survived to take more punishment. Finally, about halfway through Round 7, Valdez hurt Osawa with another hook and followed with a barrage of shots that prompted referee Vic Drakulich to stop the fight.

Valdez was making the first defense the his belt. He won the vacant title by stopping Matias Carlos Adrian Rueda in July.

Osawa had not lost a fight since 2009 but was a relative unknown going into Saturday’s fight.