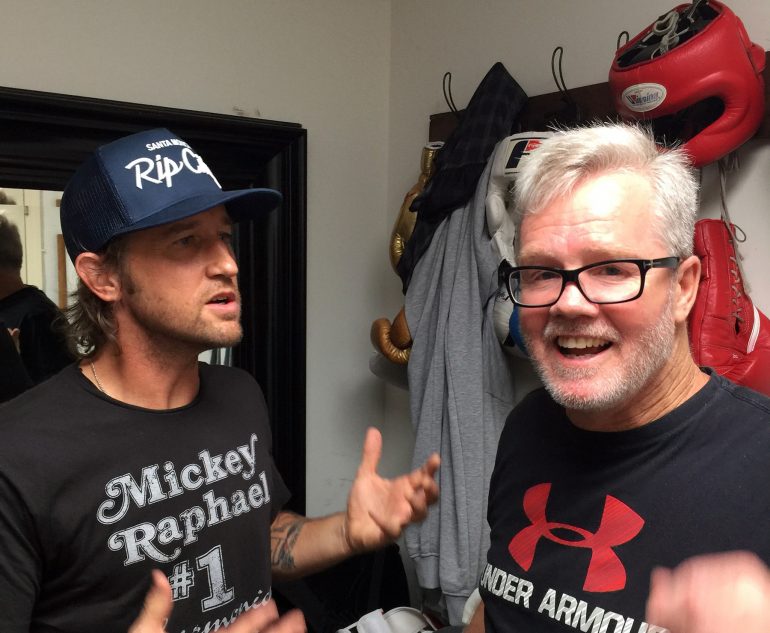 Chris Shiflett, guitarist for Foo Fighters, Dead Peasants, and Me First and the Gimme Gimmes, hosts “Walking The Floor” where he engages a wide range of musical guests, writers, athletes, and artists in one-on-one interviews exploring their creative inspirations, failures, successes and everything in between.

In a special mid-week edition of the podcast, Shiflett — a self described “psychotic boxing fan” — interviews hall-of-fame trainer Freddie Roach about Manny Pacquiao and the 37-year-old veteran fighter’s pay-per-view showdown with Jessie Vargas on Saturday in Las Vegas, as well as many other subjects.