WBA allows Klitschko and Joshua to fight for vacant title 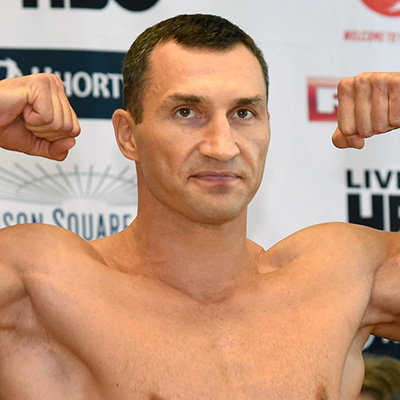 The WBA finally made a series of rulings to clarify the muddled heavyweight division after Tyson Fury vacated his belt and it’s a doozy.

First the good: The WBA Championship Committee Chairman George Martinez wrote in a letter obtained by RingTV.com on Tuesday that Wladimir Klitschko (64-4, 53 knockouts) will be granted a “special permit” to face IBF heavyweight titleholder Anthony Joshua (17-0, 17 KOs) for the vacant WBA “Super Championship” belt. Joshua is set to face Eric Molina on Dec. 10 so the directive would presumably go into effect in the spring when Klitschko and Joshua are targeted to meet.

Now for the bizarre: The WBA has ordered No. 3-rated Lucas Browne to face No. 5-rated Shannon Briggs for the WBA’s “regular” championship “on or before Dec. 31″ since Fres Oquendo still hasn’t recovered from last year’s shoulder surgery and wasn’t available to face Browne. The winner has to face Oquendo as a mandatory defense in 120 days, the letter said.

The charismatic Briggs (60-6-1, 53 KOs) hasn’t beaten anyone of consequence since losing to Vitali Klitschko in 2010 but is still getting another crack at a title since he fits the bill as the WBA’s next “leading available contender for the vacant title” after Oquendo wasn’t available, according to the letter.

And finally for the somewhat reasonable: Luis Ortiz (25-0, 22 KOs) has been stripped of his WBA interim title for disobeying the WBA’s condition that he face Alexander Ustinov after taking on Bryant Jennings. After World of Boxing won a purse bid for the bout with Ortiz on Aug. 15, the Cuban heavyweight “chose not to proceed with the Ustinov bout,” the WBA’s letter said, and is instead facing Malik Scott on Nov. 12 in Monte Carlo for the vacant WBA Inter-Continental title.