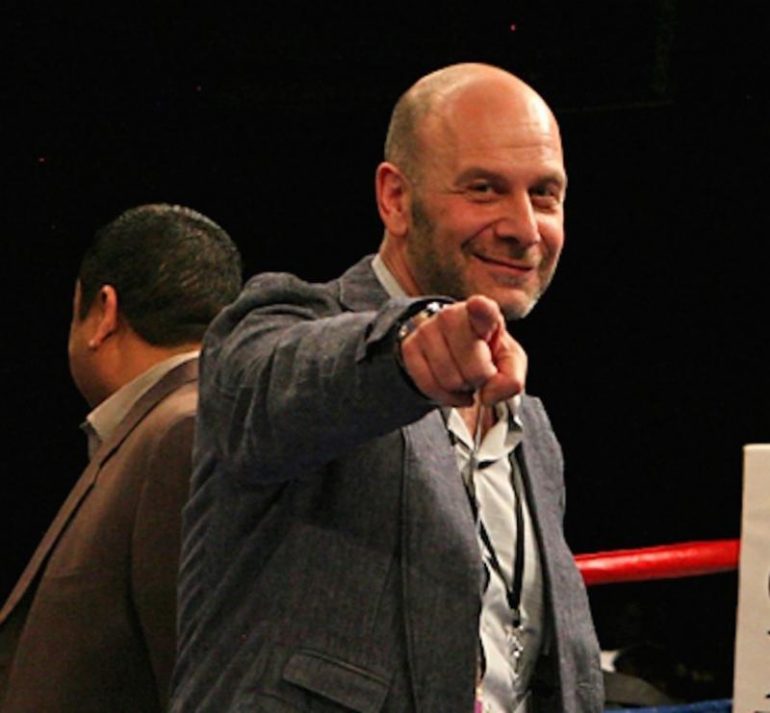 Promoter Lou DiBella pulled his remaining dates for 2016 in New York, citing the New York State Athletic Commission’s “failure to use its authority to alter the requirements” of the new health insurance regulations that are contributing to the “extinction of boxing in New York,” according to a press release he issued.

DiBella had Dec. 16 and 17 on hold at Barclays Center in Brooklyn but has withdrawn those days, pointing to a clause in the MMA Law that went into effect on Sept. 1 that requires $1 million of coverage per boxer in the event of a serious brain injury. No insurance carrier has been traced in New York, he said, to carry such a policy, effectively eliminating any chance of running boxing in the state.

A spokesman for the Department of State told RingTV.com on Oct. 12 that two insurance companies filed with the Department of Financial Services to sell the boxing/MMA insurance. On Friday, a DOS spokesman said the review continues without providing a timeframe for how long it will take.

“The sport has, for all intents and purposes, been evicted by a legislature willfully ignorant of both the boxing and insurance industries,” said DiBella in a prepared statement. “The actions of the powers that be in Albany and their political appointees are depriving New York state residents in the sport of boxing from their livelihoods. Small businesses are being put at jeopardy with no recourse or ability to continue plying their trade. This is a disgraceful abuse of legislative and state power.”

DiBella is calling on the commission to apply the wording of the MMA Law, which states, “The commission may from time to time, promulgate regulations to adjust the amount of such minimum limits.” New York hasn’t had a pro boxing show since Aug. 21 when Errol Spence Jr. fought Leonard Bundu in Coney Island. The month of September marked the first time in over 11 years that a pro boxing show hasn’t taken place in a given month, according to the release disseminated by DiBella. Brooklyn’s Danny Jacobs, a secondary middleweight titleholder, moved his Sept. 9 show from Brooklyn to Reading, Pennsylvania because of the insurance costs, DiBella said.

The popular New York boxer, Heather Hardy, was scheduled to fight Dec. 16 at Barclays Center  but will now have to make other plans, a situation that if it continues, will threaten her way of life, she said. “These new insurance restrictions are not just destroying the sport of boxing in New York, they are destroying my livelihood,” Hardy said in the release. “Do you have any idea what life looks like for a professional boxer, especially one who is a female and a single parent? With these new laws, fewer shows and dates being moved or canceled, I don’t know how I’m going to survive at all, let alone the upcoming holiday season. I’m going to have to go back to delivering books and answering phones to try to cover the bills.”

Even if an insurance carrier is found, the costs would likely be unaffordable for all but the biggest shows, DiBella said in the release. His long-running Manhattan-based series, “Broadway Boxing,” which he has put on since 2004 and is a club show, will be unable to continue, forcing him to leave the state. DiBella has a show scheduled for Nov. 19 at Foxwoods Mashantucket, Connecticut and another card set for Dec. 2 at the 2300 Arena in Philly. The Commission will continue to see boxing promoters flee the state unless changes are made, he said. DiBella said he has a number of dates on hold for January and beyond but he needs “the assurance that it is legally possible to satisfy the insurance requirements and proper time to promote a show.”

He added, “It is incumbent upon either the legislature or Commission to take a long look at what they’ve done and fix it. If there is an honest intention to continue boxing in the state, there must be a modification of the required limits. I have had endless conversations with insurance brokers and underwriters and any narrative being spun suggesting that a policy with an affordable premium will be in place soon is flatly wrong and not helping restore boxing in New York.”