No tune-up for Thurman before Garcia in March 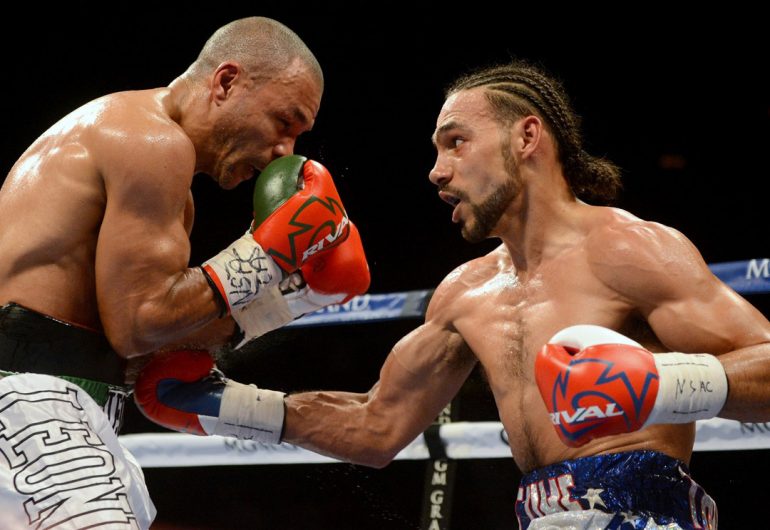 Keith Thurman won’t have a tune-up before he faces Danny Garcia on March 4 in a big welterweight unification match possibly at Barclays Center in Brooklyn, Showtime’s Stephen Espinoza told RingTV.com on Tuesday.

While Garcia has a stay-busy fight against Samuel Vargas in Philly on Nov. 12, Thurman is still recovering from his grueling victory against Shawn Porter on June 25 at Barclays Center.

“He has a couple of nicks and bruises that he needed to heal up from after a really tough Porter fight in late June,” Espinoza said in a phone interview after his network announced seven compelling fights for 2016-17. “So he’s healing up. He has nothing of any long-term consequence, but he’s going straight to the Garcia fight in March.”

According to a publicist, Thurman is on vacation, is resting his body and has no injuries and will return to the gym on Nov. 1. Thurman wasn’t completely healed from his car accident in February when he faced Porter, so he’s using the time to completely disentangle before he focuses on Garcia, the publicist said. Garcia-Thurman appears headed to Barclays Center with Espinoza calling the venue the “front-runner” at the moment. The bout also appears likely to land on primetime in CBS, according to a source.

“The venue is still under discussion down to a handful of sites,” Espinoza said. “I think Barclays would definitely be, at least in my mind, a frontrunner, given the fact that both guys have fought there multiple times and have fought there successfully. I think it would be a great atmosphere and a monster crowd.”