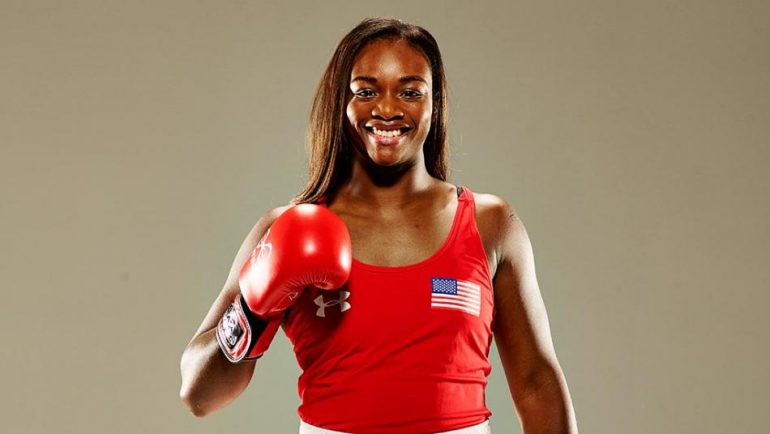 Claressa Shields will make her pro debut on the undercard of close friend Andre Ward’s light heavyweight championship with Sergey Kovalev Nov. 19 at T-Mobile Arena in Las Vegas on HBO PPV, it was announced on Tuesday.

Shields, a two-time U.S. Olympic gold medalist, will campaign at middleweight against an opponent to-be-determined in a four-round bout with two-minute rounds during the freeview portion of the telecast, starting at 7 p.m. before the HBO PPV two hours later.

Shields, who is co-managed by former HBO exec Mark Taffet and Jamie Fritz, signed a one-fight bout agreement for Nov. 19 and remains unsigned and a promotional free agent. “We are willing to speak to any promoter who’s interested in discussing our strategy and plans,” Taffet told RingTV.com on Tuesday. Roc Nation is currently in talks with two possible opponents for Shields and an announcement will be made shortly, Taffet said.

Shields was the first U.S. woman to win gold in the 2012 Games, and she replicated the achievement this past summer at the Rio Olympics, coasting through the competition and becoming the first U.S. boxer to repeat as Olympic champion. While woman’s boxing has been an afterthought in recent years, Shields hopes to be the driving force for a renaissance of sorts with interest in the sport starting to pick up.

“After working hard for so many years and having the honor to represent my country at two Olympic games, I am thrilled to take the next big step in my career, fighting professionally and leading the rise of women’s boxing worldwide,” Shields said in a press release. “There is no better place to begin the journey than to join the biggest fight of the year, Kovalev vs Ward, and to fight alongside my idol and fellow U.S. Olympic Gold Medalist Andre Ward.  I can’t wait to entertain the fans on Nov.19!”