Pacquiao noncommittal on fighting after Nov. 5 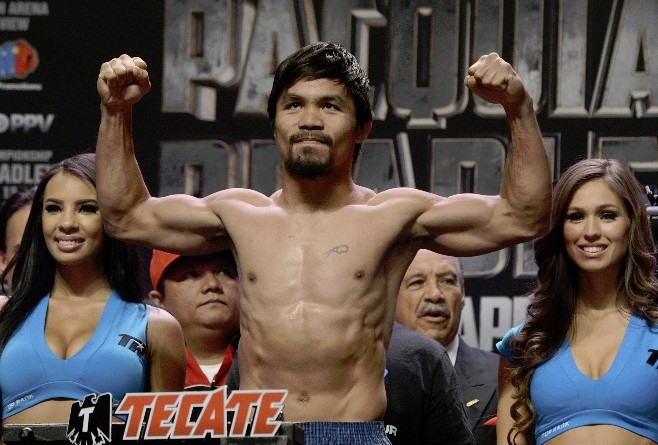 Manny Pacquiao was noncommittal on the topic of whether he will continue to fight after his welterweight title bout with Jessie Vargas on Nov. 5 at the Thomas & Mack Center in Las Vegas on Top Rank PPV, setting up a possible scenario in which he retires again to focus on his senatorial duties in the Philippines.

Pacquiao suggested he would call it a day and stop boxing after he convincingly won a decision against Timothy Bradley in April only to reconsider. On a small conference call Monday, Pacquiao wouldn’t say for sure if he planned on boxing beyond Vargas.

Promoter Bob Arum also pleaded for restraint in discussing Pacquiao’s future post Nov. 5. While the veteran promoter has discussed previously of a possible match with junior welterweight champion Terence Crawford for the spring, on Monday he preached patience.

“I mean, one step at a time,” Arum said. “If Manny goes into this fight, dominates this fight, looks like the old Manny and wants to continue fighting, then there are certain opponents that will be considered. If he decides it’s too much to do two careers then he shouldn’t continue. And if he’s determined to continue yet his performance has suffered, then we’ll have to look in the direction of someone else for an opponent. To jump now and talk about names and so forth (is premature).”

Arum then decided to have a little fun of the parlor game of guessing who is next for Pacquiao (58-6-2, 38 knockouts) if he prevails against Vargas. “Who knows?” he said. “Manny may look so good in this fight and may have such Senatorial presence in the fight, that we may be looking for Golovkin next,” Arum said of the menacing middleweight champion Gennady Golovkin. “And if he doesn’t vote right in the Senate, some of his constituents may be urging him to fight Golovkin.”