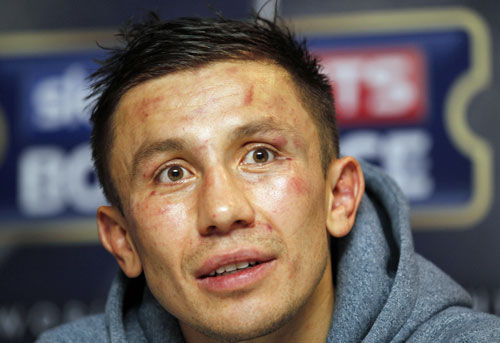 Promoter Tom Loeffler requested and was granted an extension of 15 days by the WBA to avoid a scheduled purse bid on Friday or Saturday in order to continue negotiating a fight between Gennady Golovkin and Danny Jacobs, RingTV.com has learned.

“Just trying to finalize the deal with the Jacobs side,” Loeffler said in a text message of the extra time allotted. “No sense in forcing a purse bid when it looks like we can work out a deal that makes more sense for the fighters than the purse bid split.”

The bout between Golovkin, who holds the WBA, WBC and IBF middleweight titles, and his mandatory, Jacobs is among the most anticipated in boxing. WBA president Gilberto Mendoza told RingTV.com earlier this month the purse bid would be announced on Oct. 12 and the auction would take place 10 days later, which is on Saturday. Mendoza told RING in an email on Friday of the negotiating extension of 15 days. It makes sense for both sides to keep trying to work out a deal.

The WBA recently rejected Jacobs’ attempt to alter the purse bid percentage split from 75-25 in favor of the champion Golovkin to 60-40. Jacobs’ camp was frustrated by the ruling, putting more pressure on all parties to hammer out a deal that is satisfactory to all sides before a purse bid is ordered.