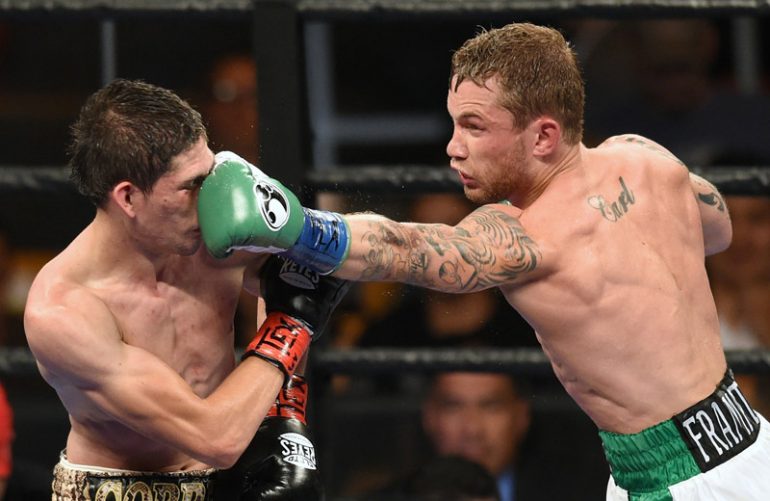 A rematch is set between featherweight titleholder Carl Frampton and former champion Leo Santa Cruz, according to Frampton and his promoter, Barry McGuigan.

The grudge match of their compelling first fight on July 30 at Barclays Center is slated for January 28 at the MGM Grand in Las Vegas on Showtime, multiple sources confirmed to RingTV.com. An announcement on a number of big fights on Showtime/CBS/PBC is supposed to be released on Thursday. For example, the prospect of Keith Thurman meeting Danny Garcia in a welterweight unification match in March possibly on CBS could be part of the announcements.

In their first foray, Frampton upset Santa Cruz, rising in weight and effectively landing the more telling shots to wrest away the WBA featherweight title by a majority decision. Santa Cruz had a rematch clause in the contract and apparently exercised it to make the fight happen.

“Done deal!” Frampton tweeted on Thursday morning. “The rematch vs. @leosantacruz2 is on!! More news to come soon.” McGuigan also chimed in, tweeting, “The fight you’ve all been waiting for @RealCFrampton v @leosantacruz2 rematch “IS ON” what a fight its going to be. #MoreNewsToFollow.”