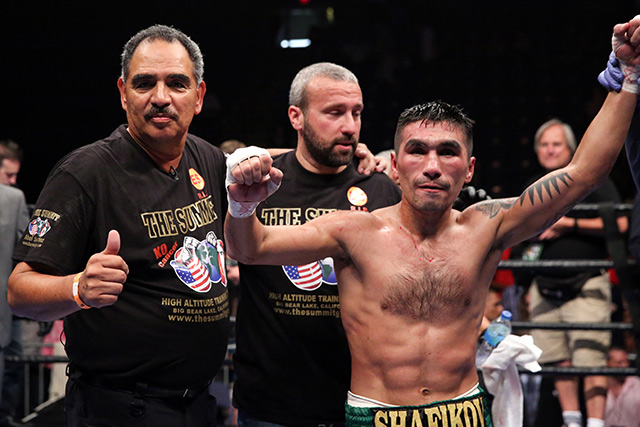 Robert Easter Jr. could end up facing Richard Commey in a rematch of their highly entertaining scrap last month if Commey wins his eliminator.

The IBF ordered Commey to face Denis Shafikov in a lightweight title eliminator after a number of ranked fighters turned down the chance to face the tough Russian, IBF Championships Chairman Lindsey Tucker told RingTV.com on Wednesday. The two camps have until Thursday to strike a deal or a purse bill will be ordered and until Jan. 9 to stage the fight, Tucker said. The news of the eliminator was first reported by Steve Kim.

“Right after the fight with Commey and Easter we started going down the list and nobody would take it except for Shafikov and we came back around to Commey,” Tucker said in a phone interview. “There’s a purse bid tomorrow because they weren’t able to reach an agreement. The winner fights Easter.”

Toledo’s Easter (18-0, 14 knockouts) won a taxing split decision against Ghana’s Commey (24-1, 22 KOs) on Sept. 9, suffering a flash knockdown in the eighth round to claim the vacant title. Initially, the IBF ordered Jose Felix Jr. and Shafikov (37-2-1, 20 KOs) to fight in the eliminator but Felix ended up turning down the fight, Tucker said.

Felix is not alone. According to Tucker, those who also turned it down include Edis Tati, Alejandro Luna and Felix Verdejo Jr., who wasn’t able to fight because of a motocross accident. Shafikov emerged as a contender after stopping previously undefeated Jamel Herring in the tenth round back in July.