Is Premier Boxing Champions burning out? 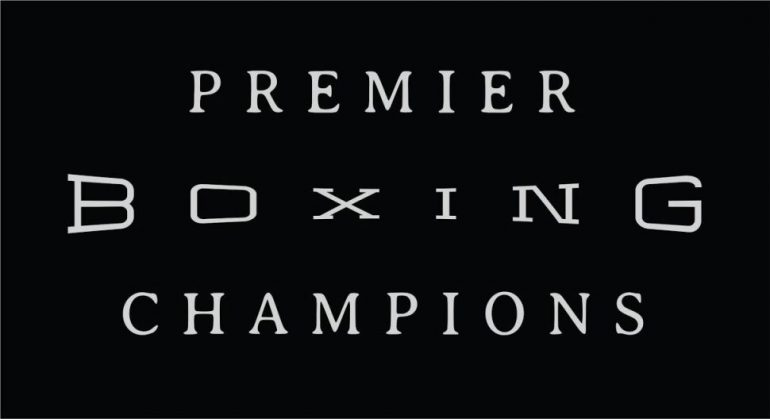 Premier Boxing Champions got off the ground and lifted off, amid a mixed response of optimism and trademark boxing world cynicism, on March 14, 2015.

They – and “they” is basically seen as “he” – meaning ex-music biz impresario Al Haymon, was armed with a concept and maybe, more importantly, loads of capital.

Rumors, and that’s often what press and fans were left to traffic in because Haymon has a policy of not communicating at all with media, abounded then and still.

Four hundred-million dollars was the war chest, collected from an investment firm, Kansas’ Waddell & Reed, which assessed the Haymon strategy and liked its chances for longer term success.

More, others said…maybe up to a billion dollars to spend on talent and, crucially, the platforms, the stages on which the sport would be introduced or re-introduced to those young and old.

“Free boxing for all” was the motto which coalesced a few months into the experiment, what the PBC effort must be termed. It can’t be hailed as a success, or an unqualified one, anyway, if the mission was to grow the fan base of boxing fans.

This piece is being done at this time because, once again, rumors ricochet around the figurative water coolers where media and fans and fighters discuss the state of the game. A guy with his ear to the ground messaged me on Tuesday and told me he thinks PBC is flaming out. That investment firm put out financials which show their investment is down ferociously.

This source also told me fighters are whispering that they are irked that they aren’t getting dates. Dates are being postponed; the PBC schedule is thin and, while they aren’t publicly grousing, waves are growing from the ripple stage.

The problem of wrestling with such contentions is, without sources going on the record, too much is conjecture. What is not vague is the lack of dates given to some of those top-tier PBC boxers who perhaps could be growing that fan base, were they in action more often. In this “What have you done for us lately?” society, in which news cycles get dominated by the flashy and sensational, an out-of-site entertainer risks being forgotten faster than in days of yore.

Rafael got off to a rocky start with PBC when they deliberately let his invitation to to their splashy NYC press event, to unveil their business plan on March 9, 2015, blow off the porch. In his recent post, Rafael pointed out that the PBC schedule is light till the end of the year, terming the one slot, on Sept 27, “weak.” It can be argued that designation is not incorrect, being that Haymon’s stable includes over 200 boxers signed to his advisory service.

“Once upon a time, there were often multiple PBC cards per week populated by name fighters; Haymon spent his investors’ $500 million lavishly as though it would never run out,” continued Rafael. “Now it is plainly clear that the war chest has been badly depleted, even though PBC officials are loath to talk about it.”

The public filings from Waddell & Reed would seem to bolster that status update, if one is inclined to believe a public filing. And one could surmise that if the war chest is so depleted, that would be the primary reason why Haymon’s “A-team” boxers haven’t fought much this year. This lack of outings has been the element I’ve least been able to wrap my brain around. Coming out of the gate, I figured Haymon would burst off the starting line with a high octane boost.

But there has be a bewildering refusal to match A-sides against each other. It has left me wondering if, as opposed to being an iron-fisted dominator, Haymon isn’t actually a severe softie, who wants at least one generation of boxers to be paid what they “deserve” without having to repay the remuneration in brain cells lost.

If that is the case, then the fighters who have benefited from this construct should forevermore thank the beneficent Haymon for his business plan. The fans can’t be as pleased. And it’s hard to find evidence that this “less is more” model is or will benefit the well-being of the sport, long term.

Then again, the Rafael piece didn’t contain some info and results that could be pointed to by PBC peeps, which would help convince naysayers that they indeed are seeing positive results, in numeric form. For instance, the Nielsen numbers for the Aug. 21 Errol Spence Jr.-Leonard Bundu tango, which ran on NBC, were ecstasy-inducing for the PBC execs. Six million-plus fight fans, some of them just sports fans whom enjoyed watching the 147-pound Texan ply his trade so terrifically at a venue in Coney Island, Brooklyn, New York. That’s cause for celebration and optimism.

Being that the schedule is made up on the fly, and not having a single centralized “league office,” boxing features more rumor-sifting than any other pro sport. Everyone hears things. Are they true? You often don’t know until the penny drops, until the insiders feel the time is right to open up. Haymon is, to be sure, not a prolific communicator with the press, or even always people in his own organization. Fighters read the stories too and are ask, “Is PBC nearing the end of the line?”

“Lots of rumors going around,” said fighter/analyst Paul Malignaggi. “I honestly am not sure but I also hear rumors that another blockbuster deal could get signed, so, in reality, I don’t know. I am like everyone else. Whatever happens, I will see it when it happens.”

Main Events executive Nicole Duva has said from the start she doesn’t see the PBC plan being viable for the long term. Does she have any current intel? Does she get the sense that end days are near for PBC? “Yes, but it’s looked that way before, so who knows?” said Duva. She too heard of a possible PBC/FOX rights deal but, like us, is waiting.

As for the fund being down, the allegation that the burn rate is unsustainable and that PBC is circling the drain, one could note that, for example, FOX News, hatched in 1996, lost money until the fourth quarter of 2000.

It takes money to make money and that Rupert Murdoch entity lost approximately $80 million in its first year of being. The parallel really isn’t apples-to-oranges; to accelerate growth, Murdoch paid cablers to host the channel, as much $20 per home reached, as Haymon has paid platforms to host the PBC programs.

So, patience will be a necessary virtue for those inclined to demand PBC stop bleeding red ink ASAP.

I try to stay in a lane of humility, admit there is so much I don’t know, but it has never made sense for the PBC A-teamers to fight so infrequently. Daniel Jacobs, WBC welterweight titlist Danny Garcia, WBA welterweight beltholder Keith Thurman, Shawn Porter, WBC light heavyweight titleholder Adonis Stevenson, Andre Berto, IBF junior middleweight titlist Jermall Charlo, WBC junior middleweight titleholder Jermell Charlo, Adrien Broner and WBC featherweight beltholder Gary Russell Jr., have fought just once this year. I haven’t been shy about wondering aloud why, say, Jacobs wasn’t trotted out eight or 12 weeks after his smashing demo job on Dec. 5, 2015 on Peter Quillin. That first round knockout signaled the arrival of, if not a current star, an athlete who commanded attention. Jacobs himself took to the media, to BoxingScene.com, to ponder why he hasn’t reached a new plateau of acclaim. He didn’t question PBC management but, although he left it unsaid, it wasn’t unremarked upon by fans and suits alike. Team Gennady Golovkin made no secret that they knew they needed their guy on radar screens regularly, four times a year, to build his recognition. Perhaps this questionable tactic of intermittent outings will be attended moving forward. Word is we might see Jacobs gloving up soon, after his Sept. 9 rematch win over Sergio Mora, on Dec. 10 against Golovkin, at Barclays Center in Brooklyn. Watch the Jacobs star burn higher and brighter, to the wattage he wants, if that happens and he beats the Kazakh bone-breaker.

The PBC gang is not – how shall we say this? – keen on being an open book as an organization. Haymon last spoke more than a “hello” to a member of the media decades ago, I think. But PBC spokesman Tim Smith, formerly a journo with the New York Times and then the New York Daily News, will field queries now and again. We reached out to him to get a sense of the health and wellness of PBC, and hopefully some intel on where they are heading, to end this year in boxing and beyond. We at RingTV.com will keep you posted for any illuminating feedback.

Word to the wise on the investment scene: Want to throw your money at a sure thing? Try that Michael Woods guy. Not only is he a RingTV contributor but he has his own boxing news site, www.NYFights.com, but he also has his own boxing podcast, “TALKBOX.” See? Proven results right there. And if you have any dough left, throw some at copy/content editor Coyote Duran’s way, so he can create more boxing-inspired art!