Broner next for Burns if Scotsman defeats Relikh 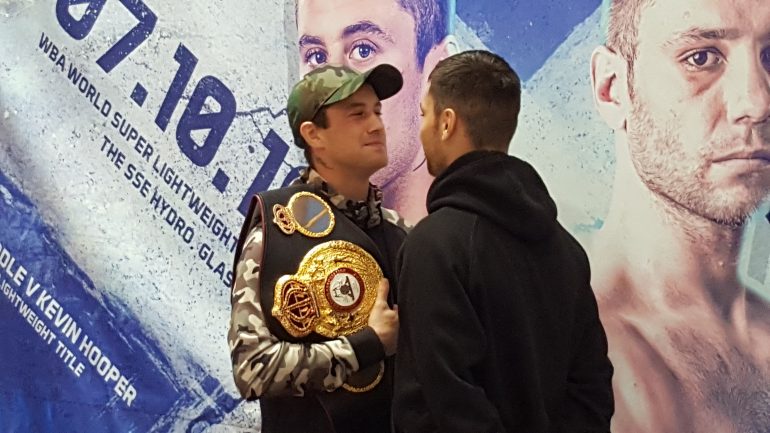 Burns (left) must get past Kiryl Relikh (right) to make money-spinner with Adrien Broner a reality. Photo: Tom Gray
30
Sep
by Tom Gray

Ricky Burns will land a huge showdown with Adrien Broner if he successfully defends his WBA junior welterweight title against mandatory challenger Kiryl Relikh in Glasgow, Scotland, on Oct. 7.

Burns, who is rated No. 8 by THE RING at 140 pounds, will make the first defense of the belt he won in May, by stopping European champion Michele Di Rocco in eight rounds, and a money-spinning showdown with the brash American should provide ample motivation.

“We were pretty much there in terms of the deal to fight Broner but because of issues out of the ring we all decided to fight Relikh and try and clear the mandatory before securing the fight against Broner in December,” said Matchroom boss Eddie Hearn.

“Adrien contacted me this week and said he is coming to Glasgow on October 7 to watch the fight and if Ricky defeats Relikh I expect that fight to get made without any problems.”

Burns has been sporadically linked to a bout with Broner, who is currently rated No. 3 by THE RING at 140 pounds, for a period of years.

Also on the card, Scott Cardle will defend his British title against Kevin Hooper, while Dillian Whyte and Ian Lewison contest the vacant British heavyweight belt.