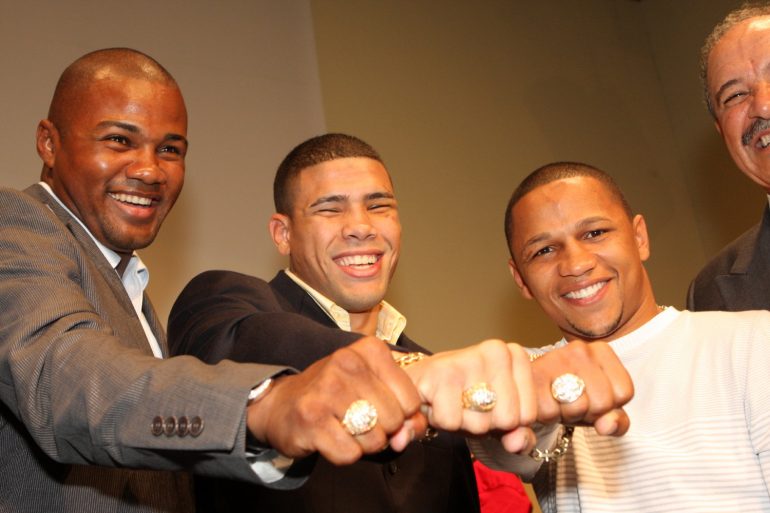 For much of his pro career Ivan Calderon was lauded for his considerable boxing skills, labeled as one of the best pure boxers in the sport.

During his career, he won the WBO strawweight and junior flyweight titles, becoming a firm favorite of the Puerto Rican people.

Calderon was born and raised in the municipal of Guaynabo in the north of Puerto Rico and, from a young age, he was involved in trouble.

“I did a lot of street fighting and, one day, my brother invited me to a gym.” Calderon told RingTV.com. through Aleudiro Rosario. “He quit and I stayed. I recognized that I was born to box. At the age of 17, I decided to get serious about my career in boxing.”

The diminutive southpaw enjoyed a successful amateur career – medaling at the Pan-American and Central American games – going 110-20. His amateur days culminated with an appearance at the 2000 Sydney Olympics, disappointingly losing in the opening round.

Calderon embarked on his pro career debuting in February of 2001, on the undercard of Erik Morales-Guty Espadas Jr.

A little over two years later, he won the WBO 105-pound strap, unseating Eduardo Ray Marquez, winning a ninth round technical decision on the undercard of the HBO Pay-Per-View between Oscar De La Hoya-Yori Boy Campas.

In the summer of 2007, Calderon elected to challenge himself, stepping up to junior flyweight where he met WBO kingpin Hugo Cazares. A close battle ensued, with Calderon eking out a split decision over his much larger adversary.

Every fighter has a night when everything comes together. For Calderon it was in his second title defense.

“I consider my best performance was with Nelson Dieppa,” he said. “I won all 12 rounds.”

After his boxing clinic against Dieppa, the Puerto Rican granted Cazares a rematch. After seven nip-and-tuck rounds, Calderon was ahead before an accidental headbutt opened a deep laceration on his forehead, curtailing the fight. Calderon was awarded a technical decision.

An unfortunate two-fight series followed against Rodel Mayol, both ending from clashes of heads in the mid-rounds, the first a draw, the second a Calderon win.

Though he would win world titles at 105 and 108, Calderon wished he had been able to win another world title: “Something that I didn’t achieve that I wish I had was to fight and become a three-weight champion.”

Calderon craved a unification with former amateur rival Brian Viloria, who he held a 3-1 advantage over. Unfortunately the pair never met as professionals.

With age catching up on him, losing three of his final four bouts, Calderon retired in 2012 with a very respectable mark of 35-3-1 (6 KOs).

“Now that I am retired from boxing, I work as an administrator at the Felix Pagan Pintor Gym run by the City of Guaynabo,” he said. “I help train about 40 to 50 young boxers.” 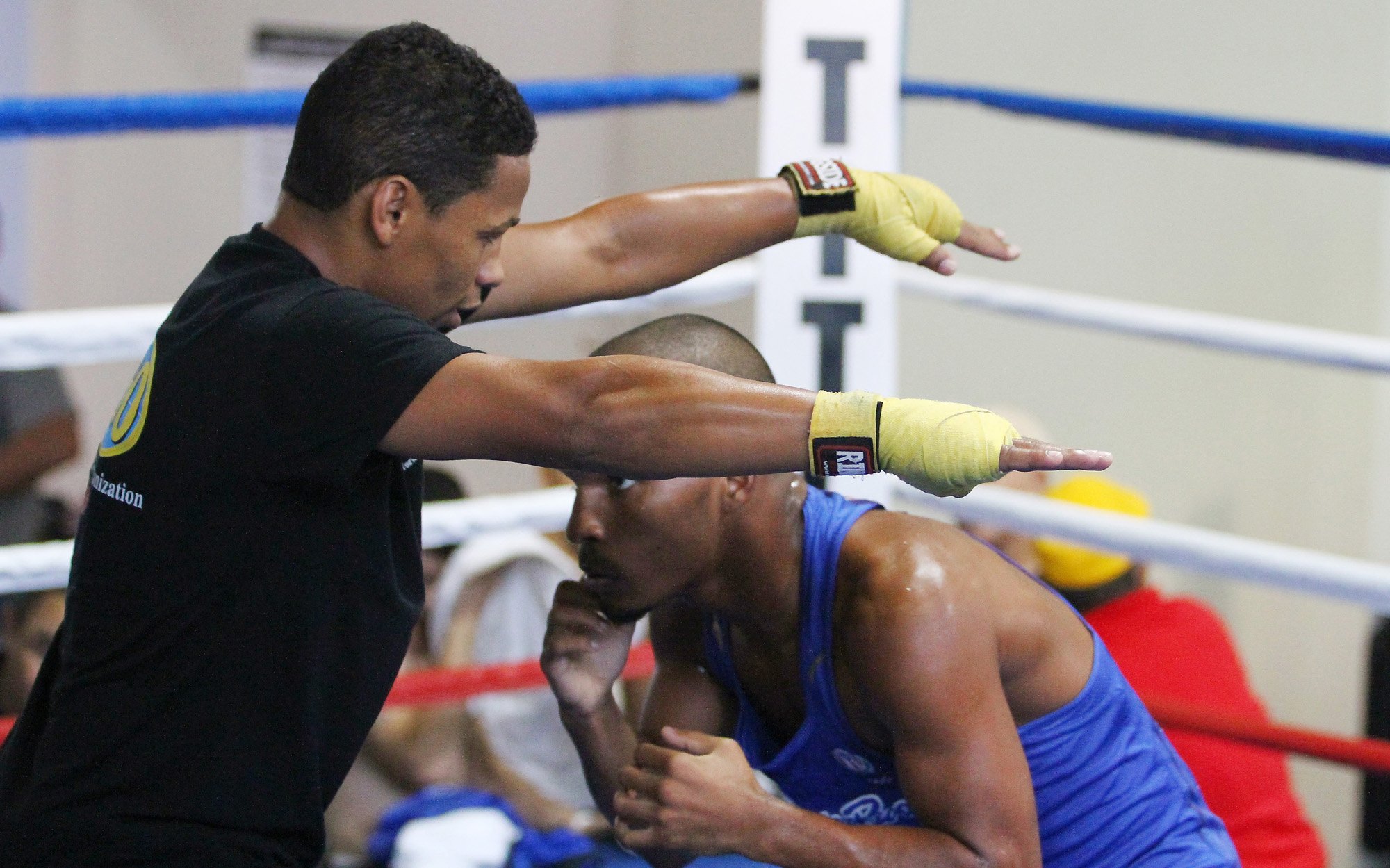 Calderon, 41, is married to Dennisse Maldonado; the couple have a young baby and he also has two children from his first marriage.

Rodel Mayol: As for the best jabber that I fought, it was Rodel Mayol at 108 pounds. His jab was long and straight.

Alberto Rossel: The best defense boxer was Alberto Rossel (a former world titlist at 108 pounds). Albert Rossel’s defense was so good because he knew how to block himself and not give me the opportunity to outpunch him.

Verde: When I think about who had the fastest feet, I must say that it was me. I moved around the ring from left to right, right to left, and my opponents could not catch me. I didn’t have the height, reach or punch my opponents had but, with my movements, I frustrated them. Hit without getting hit, that was my model. (But of my opponents, I would say) Mexican Gerardo Verde, in 2005. He was a difficult rival. He had very good movement. 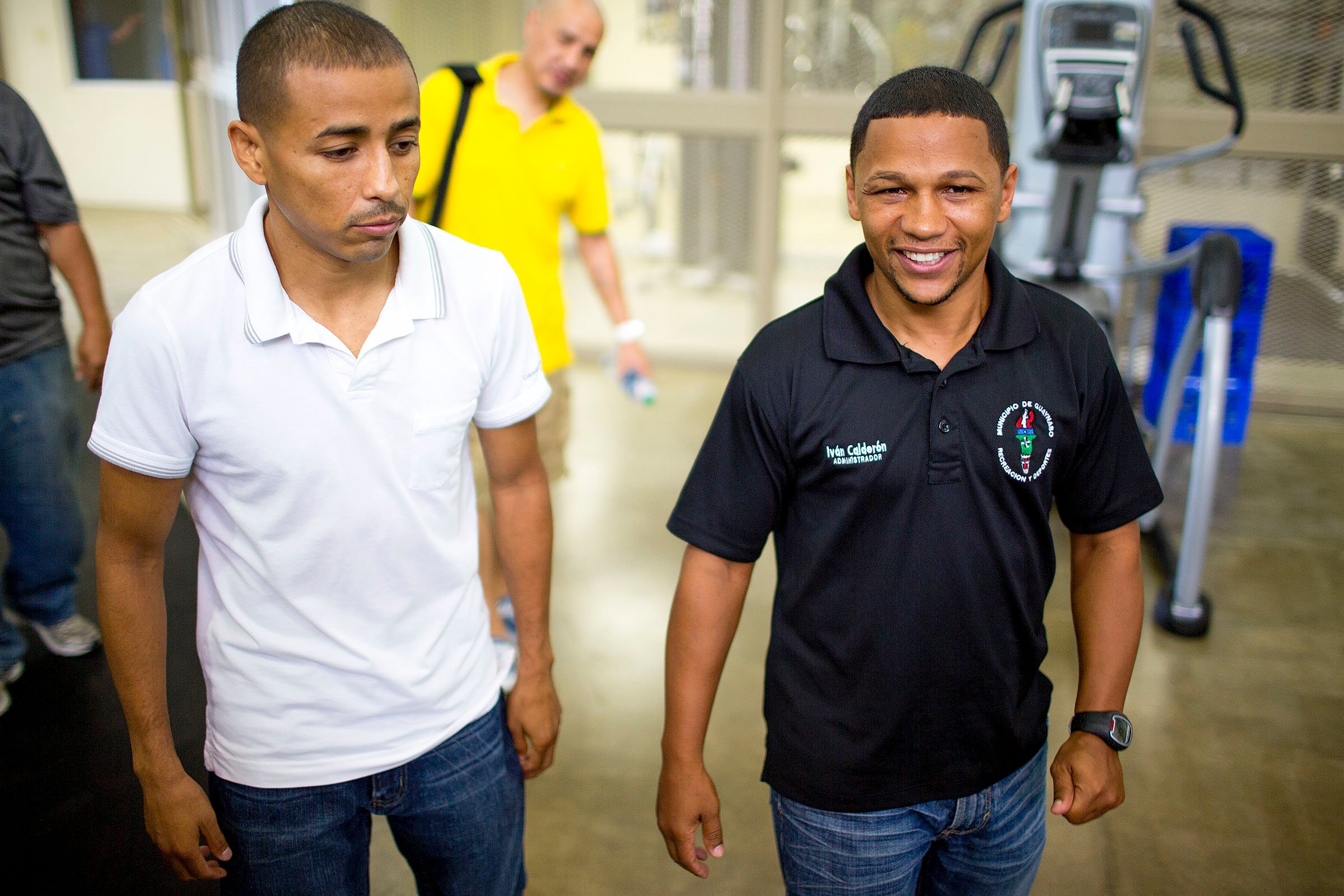 Roberto Leyva: The smartest fighter I fought was myself. I was the smartest fighter! I think it was (Roberto) “Mako” Leyva. He came in good shape and fought a good fight. I had to use plan A, B, C, all the plans in that fight.

Segura: As for the strongest boxer, it was Giovani Segura.

Hugo Cazares: Hugo Cazares was the best puncher I faced. His punches really rocked me.

Leyva: The best overall and best boxer I faced was Roberto Carlos Leyva. I fought him at 105 pounds. This was my fourth title defense. He had everything a boxer should have. He had punch, speed, skills and malice. In the fifth round, I thought I died. But I survived and won unanimously! 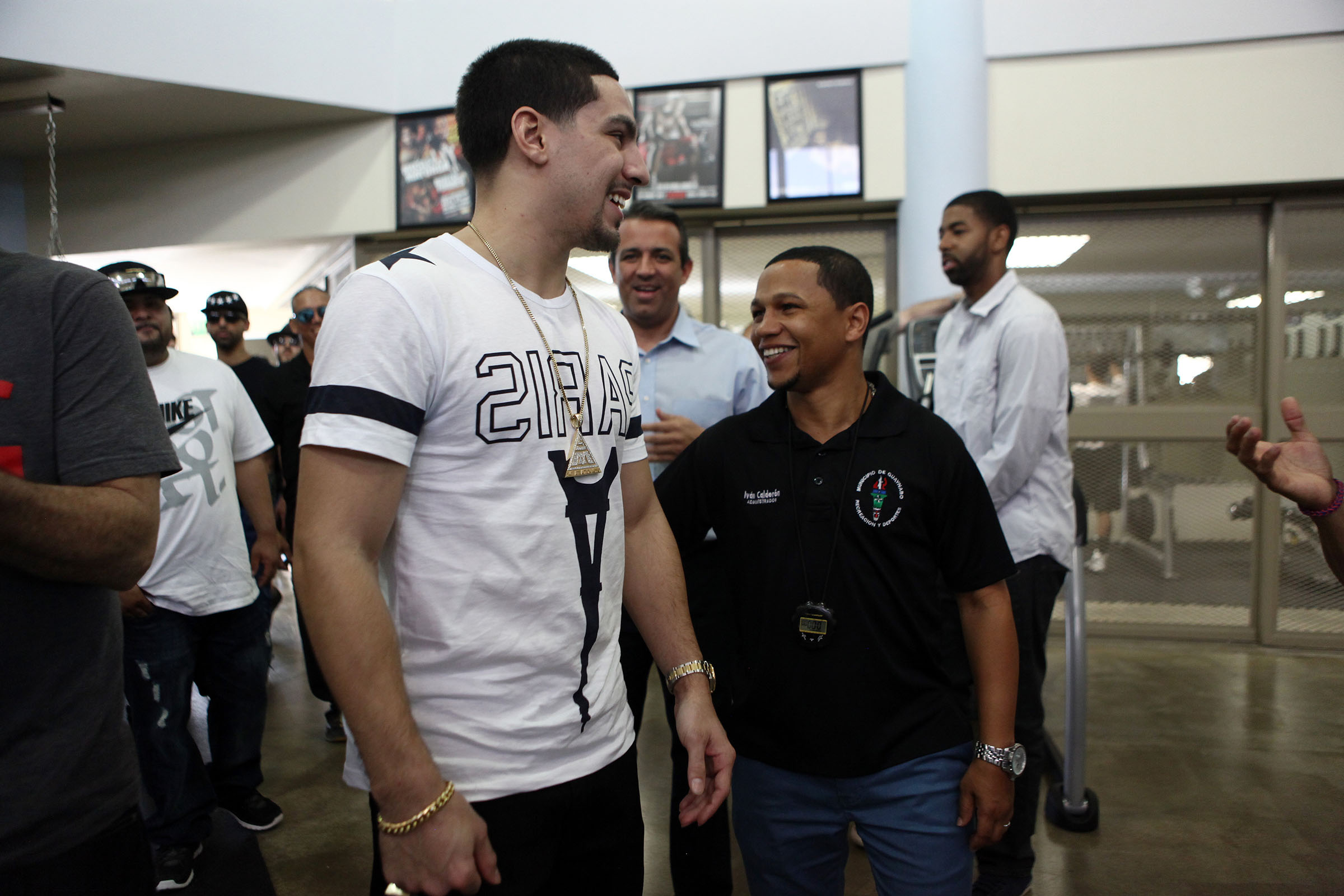