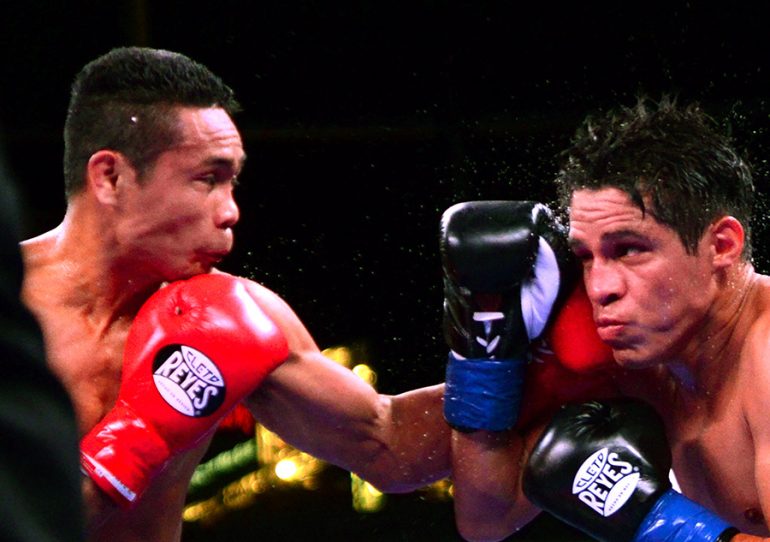 RING junior flyweight champ Donnie Nietes made a successful debut in the flyweight division, dominating division gatekeeper Edgar Sosa Saturday for a one-sided unanimous decision win at the StubHub Center in Carson, California. All three scorecards were shutouts for the two-division champion from Murcia, Negros Occidental, Philippines –120-108 – as Nietes moved into prime position in a weight class that is suddenly wide-open.

There were no knockdowns, though Nietes (39-1-4, 22 knockouts) wobbled Sosa (52-10, 30 KOs), of Mexico City, throughout the bout with his accurate right hands. Sosa, three years older at 37, had previously reigned as the WBC junior flyweight titleholder for two busy years but had seen better days, losing decisively in his last two significant fights: a second-round knockout loss to Roman Gonzalez in 2015 and a decision loss to Akira Yaegashi in 2013, both for the WBC flyweight title. 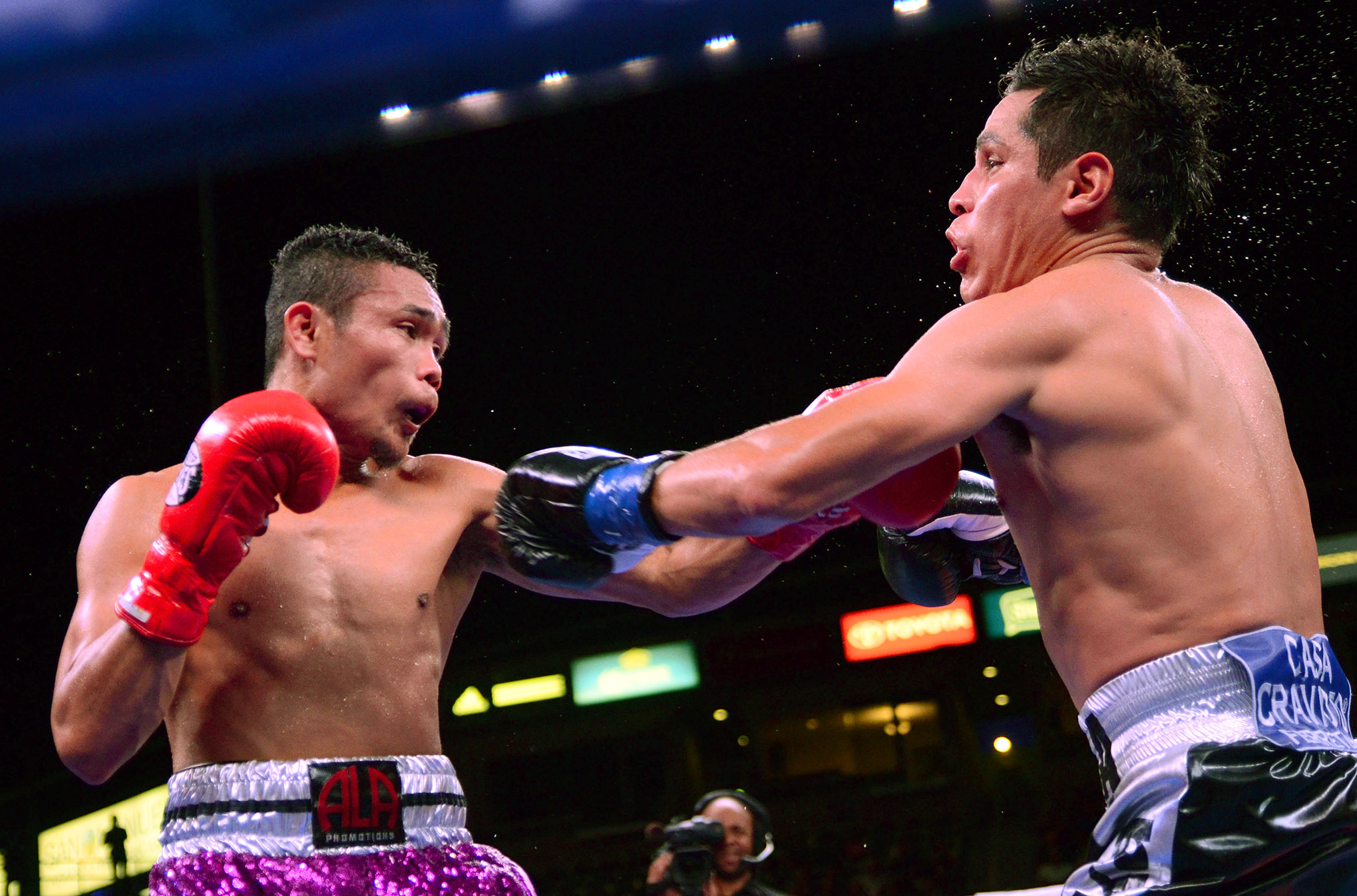 Nietes was content to feint, jab and counter against Sosa while piling up the points. Nietes seemed to have Sosa going in the 12th after landing a pair of hard right hands on the button but Sosa was able to survive to the final bell.

The win puts Nietes in prime position at 112 pounds, with Gonzalez having recently moved up to 115 to win the WBC title, likely ending his days as RING and WBC flyweight champion, and Juan Francisco Estrada, whom Nietes had fancied as a career-defining opponent, dropping the WBO and WBA titles to follow Gonzalez north. IBF champion Johnriel Casimero, a countryman and frequent sparring partner of Nietes’, is the only titleholder who appears to be staying.

Nietes is rated No. 1 by the WBO at 112. Nietes’ promoter Michael Aldeguer of ALA Promotions told RingTV.com in a text message that Nietes will await the winner of the Zou Shiming vs. Kwanpichit Onesongchai Gym (aka Prasitsak Papoem) fight Nov. 5 on the Manny Pacquiao-Jessie Vargas card at the Thomas and Mack Center in Las Vegas. The Shiming-Kwanpichit bout, which pits the WBO’s Nos. 2 and 3 contenders, respectively, is expected to fill the vacant title. Nietes and Zou had sparred together at the Wild Card Gym during this training camp. 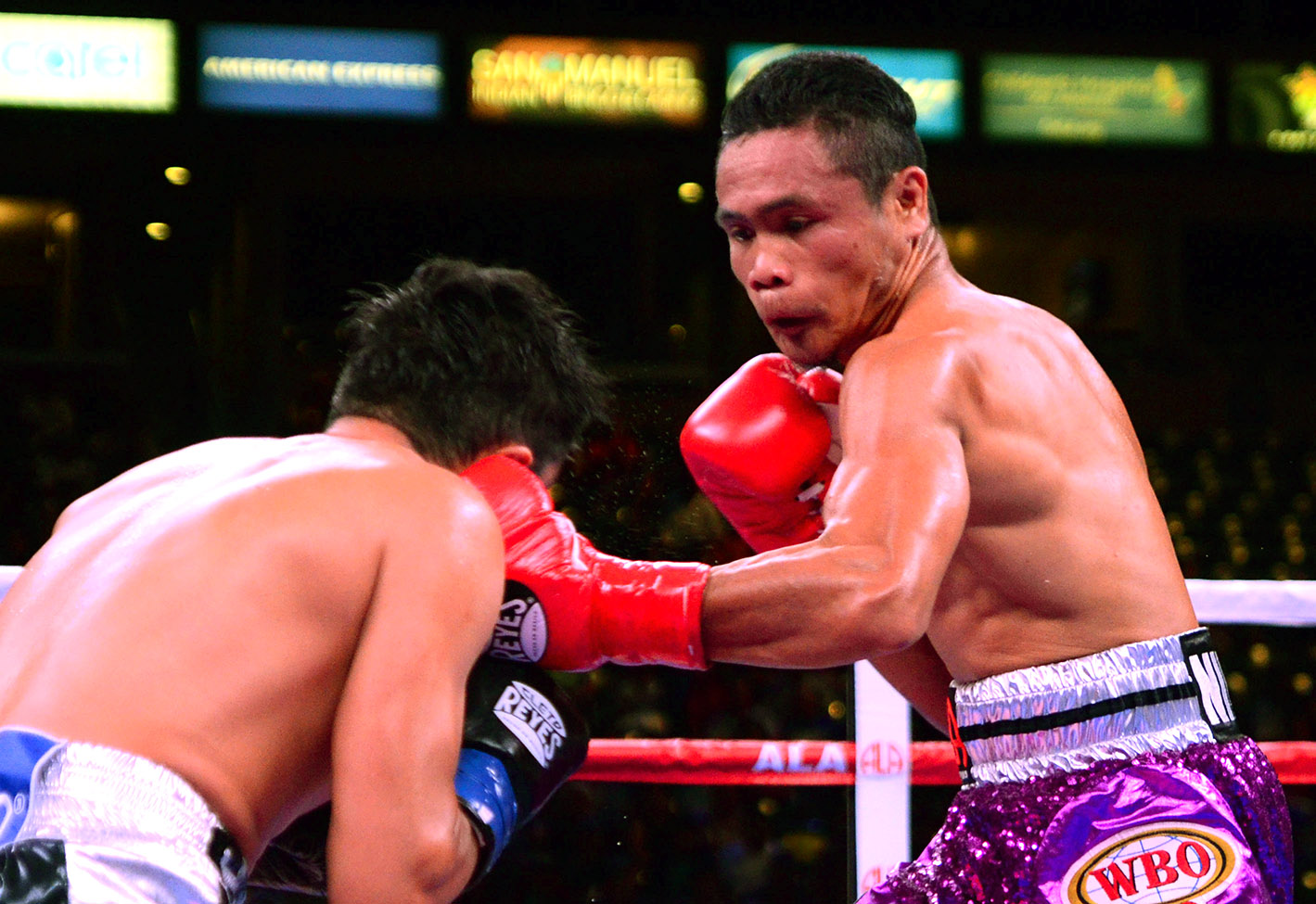 “The fight tonight could be one of the best performances he ever had in terms of precision and it showed his high IQ,” Aldeguer said. “He made a difficult opponent look easy.”

In earlier bouts, Filipino action star Mark Magsayo pounded late replacement Ramiro Robles to a 12-round unanimous decision in the featherweight class while bantamweight Arthur Villanueva scored a second-round knockout of Juan Jimenez in a rematch of their controversial fight in May.

Villanueva (30-1, 16 KOs) dropped Jimenez (22-11, 15 KOs) down and out, closing the issue on their earlier fight in the Philippines when Jimenez knocked Villanueva down in Round 2 but was knocked unconscious by a headbutt in Round 4. Villanueva, whose only loss came on a close technical decision for the vacant IBF junior bantamweight title last year against McJoe Arroyo, folded up Jimenez with a counter right hand after stepping to his right following a left hook miss.

The card was shown on BeIN Sports and TV Azteca in the United States and Mexico and on ABS-CBN pay-per-view in the Philippines.