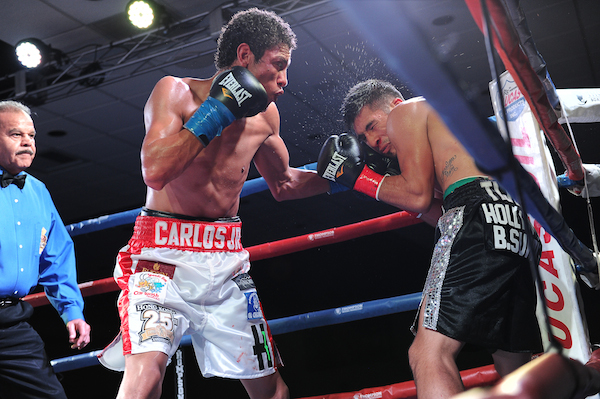 The 10-round bout will take place at the Doubletree Hotel in Ontario, California.

Carlson (21-1, 12 knockouts) lost his pro debut in March of 2011. Since then, he has yet to taste defeat, fighting and defeating modest opposition. In his most recent bout on April 22, Carlson won a six-round unanimous decision over veteran Giovanni Caro.

“Fighting for titles is what this sport is about,” said Carlson, who resides in Tijuana, Baja California, Mexico. “I’m coming into this bout well-prepared. Rangel is going to get a tough fight.”

Rangel (17-5-3, 11 KOs), who lives in Ciudad Obregon, Sonora, Mexico, stopped Joan Flores in the fourth round of his most recent bout on June 11. He has only lost once in his last four bouts after losing three straight.

Also fighting on the Thompson Boxing Promotions card will be amateur standout and featherweight prospect Ruben Villa (1-0, 1 KO). He will face debuting Jose Mora in a four-round bout.

Villa, who resides in Salinas, California, is co-promoted by Thompson Boxing and Banner Promotions.

Both fights are scheduled for eight rounds.