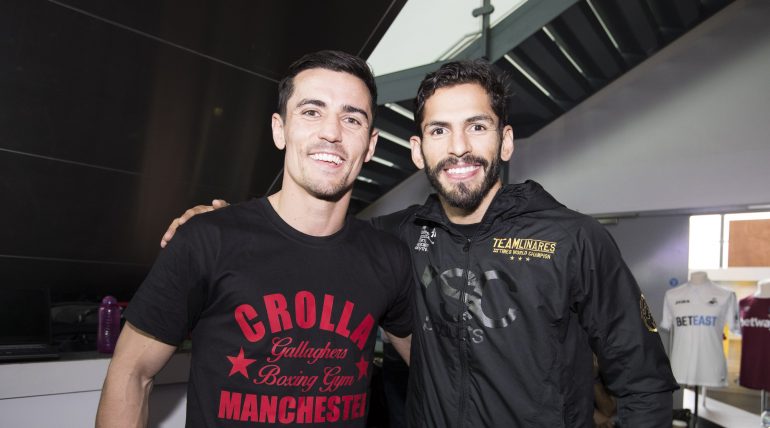 Anthony Crolla and Jorge Linares – so different and yet so similar.

They reside on different sides of the world but they have the same job. They grew up in very different environments but they became world champion boxers. They speak different languages, but they communicate in the purest sense – combat.

Crolla and Linares couldn’t sit down and have a friendly conversation, at least not without a translator, but these are two gentlemen who respect each other immensely. The downside, or the upside, depending on your point of view, is that they will punish each other without mercy in a world title bout in Manchester, England, this Saturday.

“It wouldn’t bother me if I had to go for food with Jorge Linares three hours before the fight,” said Crolla, who idolizes another gentleman of the ring, Alexis Arguello. “Some fighters feel like they need to have that bit of hatred inside them but I’m not like that at all.

“I’ll be laughing and joking on fight day, watching the football, doing normal things and I’ll switch on when I’m in the arena. I’m not going to waste energy trying to dislike someone; it’s just not my style. Jorge is a lovely guy but I will not have a problem fighting it out when that first bell rings.”

And rightly so because the stakes are high. In fact, they’re astronomical. Crolla, who will be fighting in his beloved home city, is defending his WBA lightweight title for the second time but he will also have the opportunity to capture the vacant RING championship belt at 135 pounds. 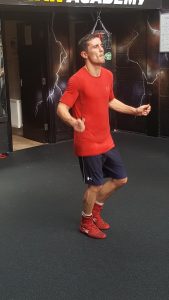 It doesn’t get any bigger and Crolla is already coming off three emotion-fueled bouts in succession: a controversial draw against then WBA titleholder Darleys Perez, a knockout victory over Perez to win the belt and an exceptional stoppage of Ismael Barroso. Crolla was an underdog is all three contests but, instead of resting on his laurels, the gallant 29-year-old will now take on the consensus No. 1 fighter in the division.

“I could have looked for a soft voluntary but I didn’t want to and I could never let this opportunity pass me by,” said Crolla, who is rated No. 3 by THE RING at lightweight.

“I’m fighting for the most prestigious (THE RING magazine) belt in world boxing. My WBA title is my pride and joy and the WBC diamond belt (also on the line) is something I’d treasure forever but very few fighters get the chance to fight for THE RING magazine title. It’s the prestige and the history that has got me motivated.”

It might sound like an unapologetic plug; however, THE RING belt being up for grabs meant the world to the fighter and his entire camp. Crolla, in fact, would be the first Englishman in history to hold the belt at lightweight and he smiled broadly when I reminded him that my countrymen, Ken Buchanan and Jim Watt, from Scotland, were the only British lightweights to ever win it.

Yes, it’s fairy tale stuff but, as with anything in life that’s worth pursuing, Crolla is going to have to earn it. Linares is a three-division world titleholder and an absolutely fabulous technician. The Venezuelan, who has resided in Japan for several years, possesses wonderful foot movement and, when primed, the 31-year-old’s punch picking is as good as it gets.

“With Jorge, I need to take him out of his comfort zone,” revealed Crolla (31-4-3, 13 knockouts). “When he wants to box, I need to close the distance but I need to be very clever. I need to be even smarter than I was against Perez and Barroso or I could walk on to something very sharp.

“I also can’t get into the habit of just following him around because he does have very fast hands. On the inside, I must make my shots count and look for quality over quantity. I’ve got to be so switched from the very start. I can’t afford to switch off for a second.” 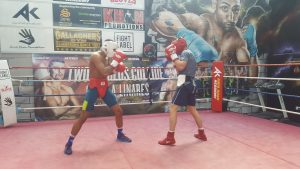 Linares (40-3, 27 KOs) is the type of fighter who can adapt and adjust and he’s always thinking in the heat of battle. He was dropped early by Kevin Mitchell in May of last year but regained control to post a 10th round TKO. Crolla, who has ringside that night in London, has done his due diligence on the crafty Venezuelan and is not expecting to have everything his own way.

“I’m expecting the tide to turn a few times in this fight,” admitted the defending titleholder. “I just believe that, by the end of the fight, I’ll come out on top. Jorge is a super fighter and someone I have massive respect for. I’ve been a fan of his for a very long time. A few years ago, I would never even have believed that I was going to share a ring with him.

“But all that respect goes out the window on fight night. No man, no fighter is invincible and I believe that I’ve seen chinks in his armor that I can capitalize on. There will come times where I have to stand my ground and have a fight and there will also be times where I need to use my feet and find angles the way Kevin Mitchell did.”

Despite the fact that a victory on Saturday would cement Crolla as the lightweight to beat, he insisted that there is a lot more to come. However, the fighter known as “Million Dollar” made it very clear that talk of future opponents was hypothetical and, as this reporter can attest, his respect for Linares is for real.

“A win here would be the ultimate but I’m in a division that is absolutely packed with talent,” said Crolla before surveying the field. “Domestically, there’s a fight a few miles from my doorstep (potentially against WBO titleholder Terry Flanagan) and there’s (WBA junior welterweight titlist) Ricky (Burns, who will face Kiryl Relikh on Oct. 7).

“Outside the U.K., (Dejan) Zlaticanin (the WBC titleholder) would be brilliant because the styles will gel. That’s a great fight and if he feels that he’s been side-stepped, then I’d be happy to fight him. I can’t emphasize it enough though; I will not look past Jorge Linares. I’m just saying there’s loads of opportunities to have more big nights and that’s what I want to be remembered for.”

Tickets for Crolla vs. Linares are on sale now at £40, £60, £80, £100 and £150 and are available from the Manchester Arena, Tel: 0844 847 8000. VIPs tickets are exclusively available through Matchroom priced at £250. Face value tickets will also be available from Stubhub, the official ticket partner and marketplace of Matchroom Boxing and Anthony Joshua.

Tom Gray is a U.K. Correspondent/ Editor for RingTV.com and a member of THE RING ratings panel. Follow him on Twitter @Tom_Gray_Boxing