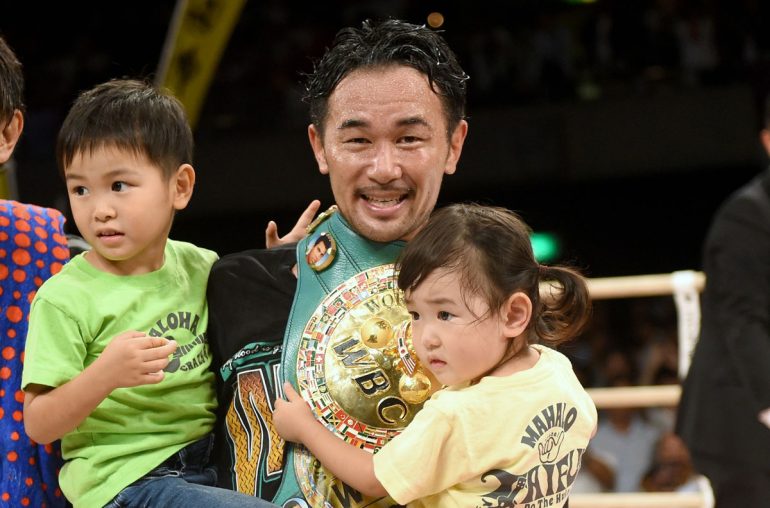 A busy weekend resulted in a number of changes in the RING Ratings.

The RING editors expect Canelo to remain in the 154 Top 10 for a relatively short time (even though he took Smith’s WBO title) as he has implied strongly that he will fight at 160 pounds going forward.

Canelo also retains his middleweight championship as per the RING’s championship policy, which states a champion can lose his belt if he “does not schedule a fight at his championship weight for 18 months (even if he fights at another weight).”

The Mexican star won the middleweight title by outpointing Miguel Cotto on Nov. 21, 2015. That means he has until May 21 of next year to schedule a fight. He’s expected to fight at middleweight on May 6.

In other divisions (starting at the heaviest):

Oleksandr Usyk (No. 7 last week) made a huge splash by outpointing then-unbeaten Krzysztof Glowacki (No. 3 last week) to win the WBO belt on Saturday in Poland. As a result, Usyk, the 2012 Olympic heavyweight gold medalist from Ukraine assumes Glawacki’s No. 3 spot.

As a result of an oversight, we originally had Glowacki drop to No. 7, below his knockout victim Marco Huck. Instead, we decided to reshuffle the middle of the Top 10. Here’s how it looks now: No. 4 Tony Bellew; No. 5 Glowacki; No. 6 Marco Huck; No. 7 Firat Arslan.

Arslan (No. 6 last week) outpointed Nuri Seferi (unrated last week) on Saturday in Germany but we don’t feel the 45-year-old is quite as good as Bellew, Glowacki and Huck at this point.

Bernard Hopkins (No. 3 last week) leaves the ratings because he hasn’t fought for almost two years, well beyond the longstanding RING policy of removing fighters who have no scheduled fights over a 12-month period.

The Editorial Board gave Hopkins extra time because of his legendary status in the sport and expectations that he would fight again sometime in 2016. However, Oscar De La Hoya, president of Golden Boy Promotions, said last week that Hopkins is now targeting next year for a goodbye fight.

The Editorial Board and the Ratings Panel agreed that the time was right to remove Hopkins.

The future Hall of Famer was replaced by unbeaten 2012 Olympic light heavyweight bronze medalist Oleksandr Gvozdyk, who enters at No. 10.

Sharif Bogere (No. 8 last week) remains where he is after stopping Luis Eduardo Florez (unrated last week) in five rounds on Friday in Las Vegas.

Veteran Hozumi Hasegawa (unrated next week) stopped Hugo Ruiz (No. 7 last week) in nine rounds Friday in Japan. As a result, Hasegawa enters at No. 7 and Ruiz drops out.

The RING crowned a new champion as Shinsuke Yamanaka (No. 1 last week) knocked out Anselmo Moreno (No. 2 last week) in the seventh round of a Fight of the Year candidate Friday in Japan.

Moreno dropped to No. 5. The opening created by Yamanaka’s ascension was filled by Pungluang Sor Singyu, who entered at No. 10.

Canelo (No. 8 last week) and Yamanaka (No. 9 last week) retained their positions.