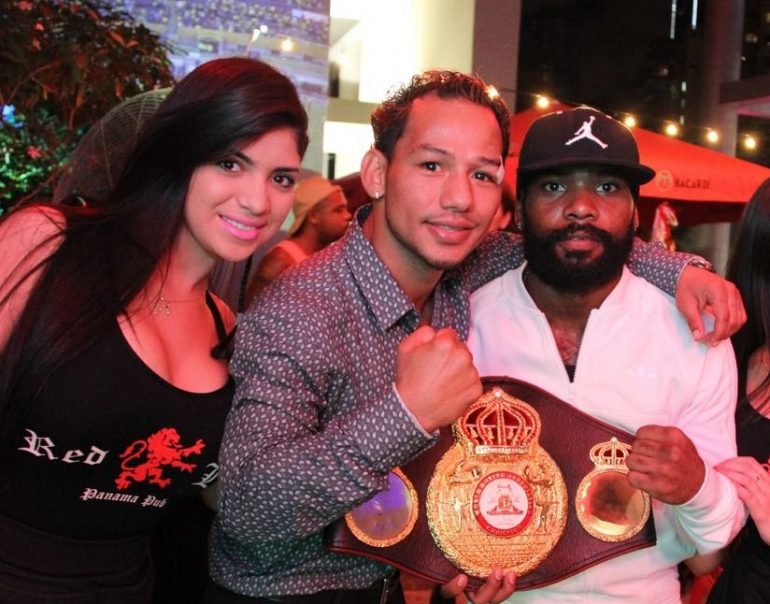 On the final day of August, Luis Concepcion relieved Kohei Kono of his WBA junior bantamweight crown at the Ota-City General Gymnasium in Tokyo.

The battle-hardened Panamanian upped his record to 35-4 (24 knockouts) and in the process became a two-weight world champion, having held the WBA 112-pound strap earlier in the decade.

“Actually, I was amazed by his strength and because he could hold my punching power,” Concepcion told RingTV.com through promoter Rogelio Espino of Promociones Y Eventos Del Istmo when asked his thoughts on the fight. “There was a time when I thought I could knock him out but he could handle it all. He is indeed a very strong fighter.

“I worked to win until the seventh round and from there, I wanted to go to the inside see if he could finish him.”

Espino knows his fighter well having worked with him since his amateur days and believed Concepcion would return home victorious because of his dedication.

“I expected a victory from Luis in Japan,” said the promoter. “He is very strong and has improved his boxing skills. Kono was a tougher boxer than we thought.”

The 30-year-old Concepcion had arrived in Japan on Aug. 24, giving himself a week to acclimate, having left Panama City the previous Monday evening, flying via Mexico City onto Tokyo … in total it took them almost 24 hours, but because of time zones it took closer to two days.

It proved to be worth it, and along with his team they celebrated one of the best wins of his career at a restaurant afterwards. Concepcion believes it was only bettered by his shock stoppage win over David Sanchez in Mexico last year – a win largely credited with revitalizing his career.

In 2011, after he lost the rematch to Hernan Marquez, many believed Concepcion’s best days were behind him. Since that first-round stoppage loss, the heavy-handed, swarming pressure fighter has won 12 of his 13 bouts. It has been far from easy but he has managed to climb to the summit again.

“Well, very hard training and improving every aspect of my technique,” he offered as a reason. “God has given me many opportunities and I have tried not to waste them. I know that new challenges will come and I know that with my dedication I will be able to reign for [a] long [time].”

It has been a busy past few weeks for the junior bantamweight division, with Roman Gonzalez making his debut at 115 pounds by picking up the WBC belt with a hard-fought decision over the only man to have beaten Concepcion in the past five years, Carlos Cuadras. Naoya Inoue successfully retained his WBO strap and Manny Pacquiao’s promotional company won its first world title when Jerwin Anjacas took the IBF laurels from McJoe Arroyo. It remains early days but Espino says he has several offers on the table.

“[Concepcion] has many offers that we are considering along with his trainers for later this year,” said Espino. “He could go to Europe or Asia. We want to fight the best. ‘Chocalitito’ or any of the other champions, they would all be great fights.”