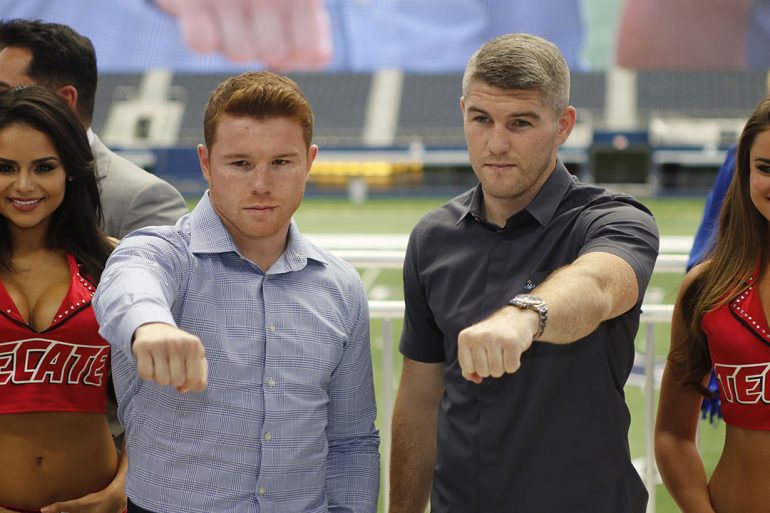 GRAPEVINE, Texas — Junior middleweight titleholder Liam Smith relied on a talented, undefeated fighter with a single syllable conveying his first and last names to prepare for his bout with Canelo Alvarez on Saturday.

Kell Brook provided much of the sparring for Smith, who also helped Brook get ready for the task of rising two weight divisions to face unified middleweight champion Gennady Golovkin. Brook’s assignment didn’t go as planned as he was stopped in five rounds; But Smith is confident his groundwork will be enough to pull off the upset at AT&T Stadium in Arlington, Texas on HBO PPV.

While Smith and Brook didn’t try to mimic the styles of their respective opponents in the workouts, Smith did say there were enough embedded similarities in the way they fight for it to make sense to spar.  “I’m a solid 154,” Smith said. “I’m not as big as GGG but the similarities — I was walking Kell Brook down and making him fight the way GGG did in that fight. And from my point of view, he has very good (timing) and he’s very accurate, which you also saw against GGG. I know Canelo is very accurate. He’s got very good variety. So the sparring was good for both of us. I just think that what Kell does well – Canelo does a lot well. What I do well, I think GGG does well, obviously he does better but we helped each other.”